Warming waters, evolution, and the future for fisheries policy 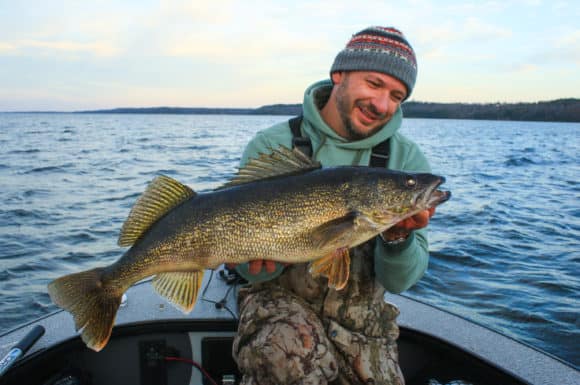 The effects of climate change have intensified over the past few years, especially in our oceans, and human based activities contributing to it are now being taken more seriously. While the warming of our oceans is indeed troubling, many forget that freshwater systems are also being influenced, and that this is affecting the growth and evolution of the species that reside in them. 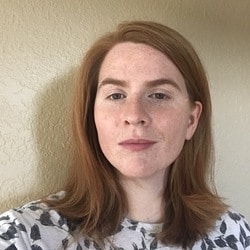 Growing up with a conservation officer father, Wszola is a second-generation conservationist. Knowing she wanted to enter this field at an early age, she realized that she had to get into research and academia first. Her main interests while studying at the University of Nebraska have been the interactions between humans and wildlife.

While researching the relationships between hunters and ring-necked pheasants, she discovered an affinity for quantitative research. This curiosity went even further after she discovered literature on harvest induced evolution and mathematical ecology specifically pertaining to fish populations. Together, this initial desire to explore human and wildlife interactions and her newfound interest in mathematical ecology, led Wszola to take a closer look at North American freshwater systems and how we as humans are influencing its ecology. Her research specifically delves into the growth and evolutionary changes seen in the North American walleye (Sander vitreus) – a popular fish in Canada and the United States. The reason for its fame is its palatable taste as a freshwater fish and its status among anglers, making it both a commercially and recreationally fished species.

Walleye was chosen as the subject of Wszola’s research for many reasons. First, walleye, like many fish, are ectotherms meaning that their body processes and behaviors are directly linked to their body temperature, which is in turn directly linked to the temperature of the water. Unlike other fish however, there is already plenty of research and data on the relationship between the walleye’s growth and temperature. This information makes it much easier to simulate the walleye’s eco-evolutionary growth dynamics in the context of human driven harvests in warming waters. Wszola will also be working with very large datasets spanning multiple latitudes ranging from Ontario, Canada down to Nebraska, USA. The datasets include up to six million fish with four million of those being walleye.

“My goal is to model the influence of temperature on fish harvests based on size. Due to their ectotherm nature, we can observe the changes in body size in annual harvests. As waters warm, walleye grow much faster. We also know that intensely harvested fish often evolve to reach maturation at smaller sizes. When coupled with rising temperatures, this relationship between harvest induced and temperature induced evolution can be fascinating, as we now have two sources working together to change the growth evolution of this fish,” she explains.

Due to warming temperatures, many natural resources are at stake with some of the most sensitive being aquatic in nature. Research like this is important as it allows us to look at our relationships with the environment to be able to react accordingly.

“I hope that the research I do yields fascinating enough results so that from a practical standpoint, future fisheries policies can include climate change dynamics in addition to fish and human dynamics,” Wszola concludes.