By Stefan Frank, researcher in the Integrated Biosphere Futures Research Group of the IIASA Biodiversity and Natural Resources Program

Stefan Frank discusses a recent study that looked into the impacts of ambitious EU agricultural mitigation policies on the livelihoods of farmers. 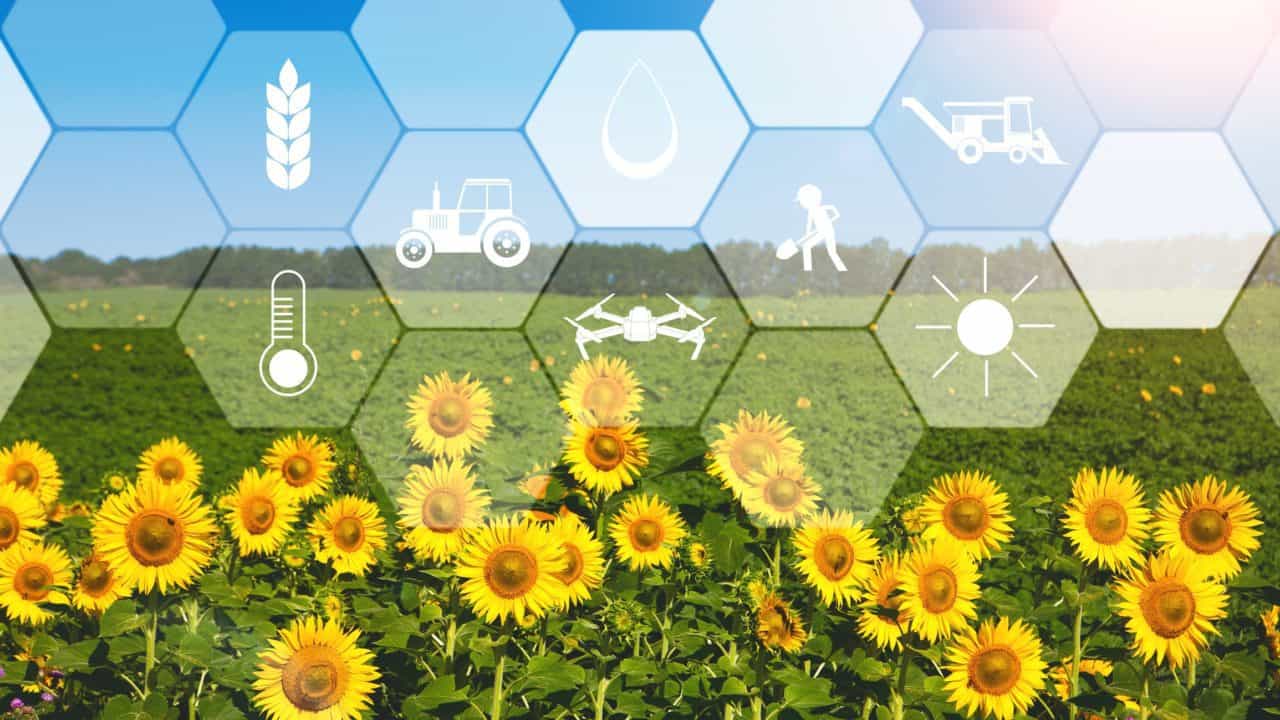 Balancing greenhouse gas (GHG) emissions and removals in the land-use sector by 2035 is one of the key milestones presented in the European Green Deal, but achieving climate neutrality will require further emission cuts in the agricultural sector. However, when it comes to setting ambitious mitigation targets for the sector, (national) policymakers are often reluctant to make strong commitments.

One reason could be the close interactions of agriculture with other policy objectives related to climate change mitigation, such as sustained food production, nutrition security, or biodiversity. Even though agricultural policies are frequently implemented using subsidies, such as in the European Union Common Agriculture Policy, policymakers strive to find a balance that ensures progress on these goals while at the same time not overburdening farmers.

Another fear is that ambitious mitigation efforts could cause economic losses for EU farmers whose income already relies heavily on subsidies. Reducing emissions could for instance lead to increased production costs and a consequent deterioration in the cost-competitiveness of EU farmers when comparing domestic production with imports. For example, the adoption of mitigation practices such as precision farming or anaerobic digesters increase costs, and the reduction in fertilizer application as suggested in the Farm to Fork Strategy may also directly impact crop yields and subsequently revenues.

The first scenario represents a situation where only the EU adopts stringent mitigation efforts for agriculture compatible with the 1.5°C target at global scale, while the second imagines a world where other world regions also take action. 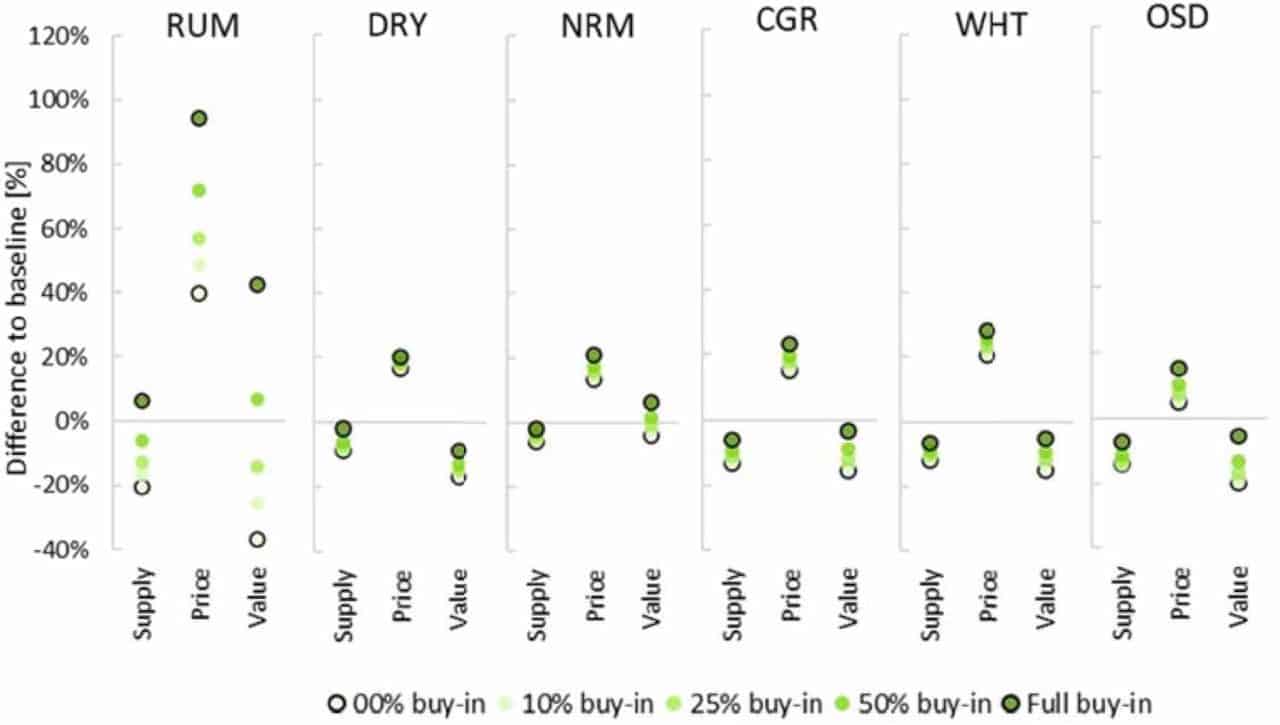 We found that EU beef producers are strongly affected if only the EU pursues stringent agricultural emission reduction efforts. For example, cutting EU agricultural non-CO2 emissions by close to 40% (155 MtCO2eq/yr) in 2050 could result in a 22% decline in EU beef production. Despite emission leakage effects through reallocation of production outside the EU, a unilateral mitigation policy delivers climate benefits and yields net emission savings at global scale of around 90 MtCO2eq/yr.

Once regions outside Europe start to pursue mitigation efforts that are compatible with those in the EU, economic impacts on EU farmers are distributed more equally across world regions as farmers outside the EU are included in the mitigation policy and start contributing. Since EU farmers rank among the most GHG efficient producers at global scale, with increasing mitigation efforts in other world regions, EU farmers don’t lose their competitiveness, even if the EU pursues 1.5°C compatible efforts.

Unlike in the unilateral EU policy, EU farmers could even start to benefit from a globally coordinated mitigation policy beyond a certain point. For example, if regions outside the EU were to pursue at least half the effort implemented in the EU and were required to reach the 1.5°C target globally, the economic value of production of EU beef and non-ruminant producers could exceed baseline scenario projections without any mitigation efforts in agriculture.

Similar effects are observed for other world regions with GHG-efficient agricultural production systems, while GHG intensive producers are projected to lose market shares. Given differences in GHG mitigation efficiencies and economic prospects across world regions, accompanying distributional policies such as climate finance policies could help to alleviate the risk of mitigation induced food security or poverty issues. Our study highlights these economic challenges and opportunities for farmers related to the required transition of the global food system to achieve the 1.5°C target.