Will mining the Amazon really bring economic development for Brazil? 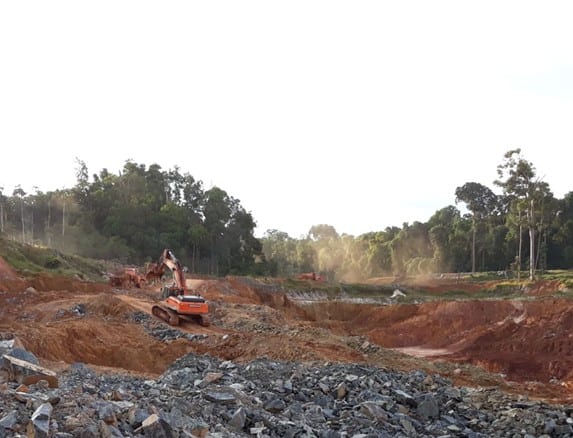 As the largest rainforest on the planet, the Amazon harbors the highest biodiversity of all ecosystems and is home to many indigenous tribes. It is also literally sitting on a goldmine of natural resources. There are plans in the works to open up protected and indigenous areas of the rainforest to mining activities, which is expected to bring more wealth and development for the country, but at the same time, it will also pose a threat to the environment and indigenous communities.

At first glance, the issue looks like the classic trade-off between economic growth versus environmental and social disruption. In reality however, mining affects social, environmental, and economic spheres both directly and indirectly, creating a complex network of interactions that potentially defy the current dogma.

Mining relies heavily on machines while creating relatively few jobs in comparison to the investment of capital it requires. In addition, mining companies are often large international corporations, which means that most of the profits gained from mining operations in a particular country end up outside that country’s borders.

“One could say that just the very few benefit from extractive activities, whereas many have to pay the cost,” says Sebastian Luckeneder, a 2021 YSSP participant at IIASA, when referring to the environmental destruction, disruption of livelihoods, and displacement of indigenous communities that mining would bring about.

As a second-year PhD candidate at the Institute for Ecological Economics of Vienna University of Economics and Business (WU), Luckeneder is studying the environmental and socioeconomic impacts of mining activities. At IIASA, he used spatial modeling to understand how mining and land use affect regional economic growth in Brazil in the hopes of finding the best economic solution for the country.

Using GDP growth as a proxy for economic development, he looked at the impacts of mining and other types of land use between 2000 and 2020. The model incorporates data on mining, agriculture, and land-use change, as well as other socioeconomic factors, such as employment and infrastructure for about 5,500 municipalities in Brazil.

The study is as complex as it sounds: Luckeneder’s main challenge is to set up a theoretical framework that depicts how the environmental and socioeconomic factors influence each other. Once his comprehensive model is complete, he hopes to get a clear picture of how mining affects the Brazilian economy.

He suspects that while mining activities would bring some economic gains, these might not be sustainable, as the environmental and social upheaval that follow the opening of a mine could negatively impact development in the long-run.

While economic development is important, in the current climate crisis, decisions to enable activities that lead to deforestation cannot be taken lightly. Luckeneder hopes that his results will be used to inform the political debate in Brazil and support policy decisions by the way of science.