The gender dimension in my research

By Raquel Guimaraes, guest research scholar in the IIASA Migration and Sustainable Development and Equity and Justice research groups and assistant professor at the Federal University of Parana in Brazil

IIASA Network and Alumni Officer, Monika Bauer, recently invited me to participate in a genuinely important event hosted on IIASA Connect with the aim of gathering the IIASA community to discuss the gender dimension in research. As a gender researcher, this topic is part of my daily activities, and I decided to focus on the most important findings of my research: gender, disasters, and climate change. 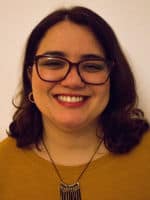 In my talk, I gave an overview of the data relating to gender and disasters. According to the United Nations Development Programme, disasters lower women’s life expectancy more than men’s; moreover, women and children are 14 times more likely to die during a disaster. For example, most of the victims trapped in New Orleans after Hurricane Katrina were African-American women and their children.

Given these facts, it becomes clear that gender is an important dimension of disaster and climate change research. Why is that? First, because gender and natural disasters are socially constructed under different geographic, cultural, political-economic, and social conditions and it has complex social consequences for both women and men. They therefore highlight societal, cultural, and religious norms and values, and shape the needs and risks of the affected individuals. Second, because disasters often affect women, girls, men, and boys differently due to gender inequalities caused not only by socioeconomic conditions, but also by cultural beliefs and traditional practices.

In addition to the above, climate change is connected to an increase in the frequency and/or severity of natural disasters such as flooding, heat waves, and cyclones. Disasters will therefore exacerbate existing inequalities and vulnerabilities in communities, since, as already mentioned, they have a wide range of effects for men and women, as well as for youth and children in both developing and developed countries.

Interestingly, the discussion on the intersection between gender and disasters is not new. References to gender as an issue in climate change debates and international protocols on disaster management have been made since at least the 1994 Yokohama World Conference on Natural Disaster Reduction. Since then, the international community has repeatedly called for gender-responsive disaster risk management.

Given the gender dimension of climate change and disaster research, some important questions that come to mind are: Do women really lack power in disasters? Are they really the fragile gender? The answer is: not always. Evidence shows that, despite gender-differentiated vulnerabilities, women and girls are also powerful agents of positive change before, during, and after disasters.

My research on floods, for instance, shows that in Brazil and Thailand, women can be agents of change. Preparedness to natural disasters have been recognized as key in disaster risk management to the extent that local and international actors emphasize the importance of saving lives and avoiding losses, even before the onset of a disaster. If there are different strategies for disaster prevention according to gender, then emergency management agencies and policymakers should account for these differences, ensuring that men and women combine their strengths to maximize preparedness for floods. Through data from two surveys, I evaluated preparedness by assessing several indicators that accounts for the provision of protective items, emergency plans, and the availability of insurance or information. Using econometric models, I found that women play an active role in disasters, being resourceful actresses in times of crises.

Therefore, during the IIASA Connect Coffee Talk I asserted that gender should be integrated as the basis of a complex and dynamic set of social relations in disaster and climate change research. I appreciate the opportunity IIASA Connect gave me to reflect on this issue with colleagues. 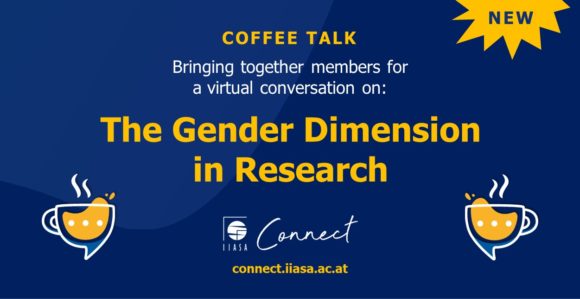