Charlotte Janssens and Petr Havlik write about their recent study in which they found that world trade can relieve regional impacts of climate change on food production and provide a way to reduce the risk of hunger. 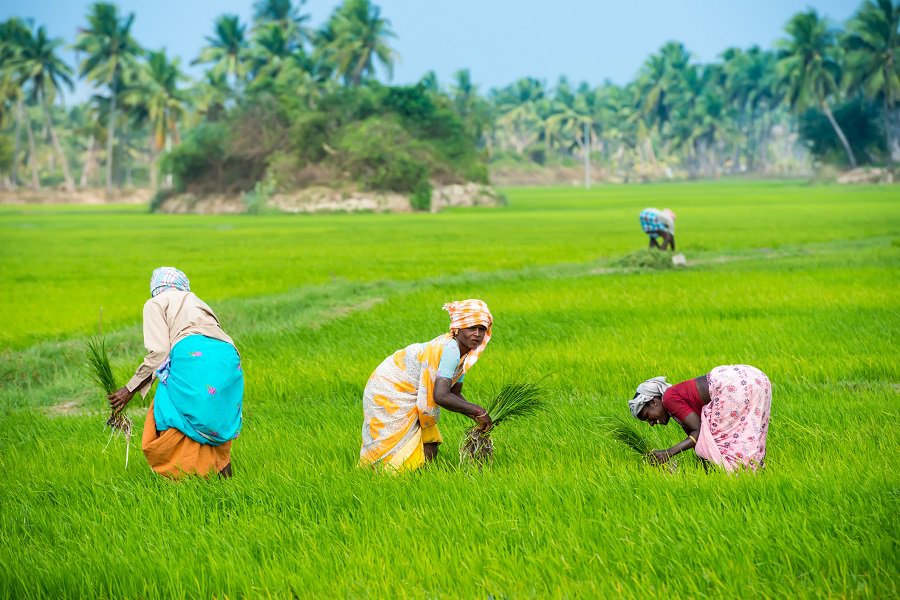 In a warmer world, decreasing crop yields and rising food prices are expected to strongly jeopardize the achievement of Sustainable Development Goal (SDG) 2 – ending global hunger. Climate change has consequences for food production worldwide, but there are clear differences between regions. Sufficient food is expected to remain available in the Northern hemisphere, while in regions such as sub-Saharan Africa or South Asia, falling crop yields may lead to higher food prices and a sharp rise in hunger.

In our recent publication in Nature Climate Change, we find that world trade can relieve these regional differences and provide a way to reduce hunger risks under climate change. For example, if regions like Europe and Latin America where wheat and corn thrive increase their production and export food to regions under heavy pressure from the warming of the Earth, food shortages can be reduced.

The State of Food and Nutrition Security in the World 2020 reports that globally almost 690 million people were at risk of hunger in 2019. Many factors determine how global hunger will develop in the future, including population growth and economic development, as demonstrated in a study in Environmental Research Letters. Our article uses the “middle-of-the-road” socioeconomic pathway where population reaches 9.2 billion, income grows according to historical trends, and the number of undernourished people decreases to 122 million by 2050. Within this socioeconomic setting, we investigate the impact of different climate change scenarios and trade policies on global hunger by 2050.

The worst-case climate scenario of a 4°C warming leads to an extra 55 million people enduring hunger – a 45% increase compared to the situation without climate change. In a protectionist trade environment where vulnerable regions cannot increase their food imports as a response to climate impacts, this effect rises to 73 million. The largest hunger risks are located in South Asia and sub-Saharan Africa, with respectively a 33 million and 15 million increase in people at risk of hunger in the worst-case climate scenario.

Where barriers to trade are eliminated, “only” 20 million people endure food shortages due to climate change. While this number is high, it is a vast improvement on the 73 million people that would potentially be exposed to hunger without the suggested measures. In the milder climate change scenarios, an intensive liberalization of trade may prevent even more people from enduring hunger owing to global warming. Yet a liberalization of international trade may also involve potential dangers. If Asian countries increase rice exports without making more imports of other products possible, they could well end up with a food shortage within their own borders.

Our study shows not only that the challenge of ending global hunger is strongly determined by the extent of progress on SDG 13 (climate action), but also that achievement of SDG 2 (zero hunger) is affected by developments articulated in SDG 9 (resilient infrastructure). We find that international trade can relieve regional food shortages and reduce hunger, particularly where trade barriers are eliminated. Such trade integration requires phasing out import tariffs as well as the facilitation of trade through investment in transport infrastructure and technology. Especially in low-income regions such as sub-Saharan Africa infrastructure is weak. In its 2018 African Economic Outlook, the African Development Bank (AfDB) estimates that between USD 130 billion and 170 billion a year is needed to bridge the infrastructure gap in the region by 2025. Given that infrastructure finance averaged only USD 75 billion in recent years, and the largest contribution is coming from budget-constrained national governments, alternative financing through institutional and private investments could be crucial in the face of climate change.

In times of crisis, countries are inclined to adopt a protectionist stance. For example, in the face of the current COVID-19 pandemic, several countries have temporarily closed their borders for the export of important food crops (see IFPRI Food Trade Policy Tracker for updated information). Some commentators warn that such measures can have large detrimental effects on food security. Our study finds that also in the context of climate change, a well-thought-out liberalization of trade is needed in order to be able to relieve food shortages properly.