How to reverse global wildlife declines by 2050

IIASA researchers Michael Obersteiner, David Leclère, and Piero Visconti discuss the findings of their latest paper, which proposes pathways to reverse the current trend of biodiversity loss and shows that the next 30 years will be pivotal for the Earth’s wildlife.

Species are going extinct at an unprecedented rate. Wildlife populations have fallen by more than two-thirds over the last 50 years, according to a new report from the World Wildlife Fund. The sharpest declines have occurred throughout the world’s rivers and lakes, where freshwater wildlife has plummeted by 84% since 1970 – about 4% per year.

But why should we care? Because the health of nature is intimately linked to the health of humans. The emergence of new infectious diseases like COVID-19 tend to be related to the destruction of forests and wilderness. Healthy ecosystems are the foundation of today’s global economies and societies, and the ones we aspire to build. As more and more species are drawn towards extinction, the very life support systems on which civilization depends are eroded.

Even for hard-nosed observers like the World Economic Forum, biodiversity loss is a disturbing threat with few parallels. Of the nine greatest threats to the world ranked by the organization, six relate to the ongoing destruction of nature. 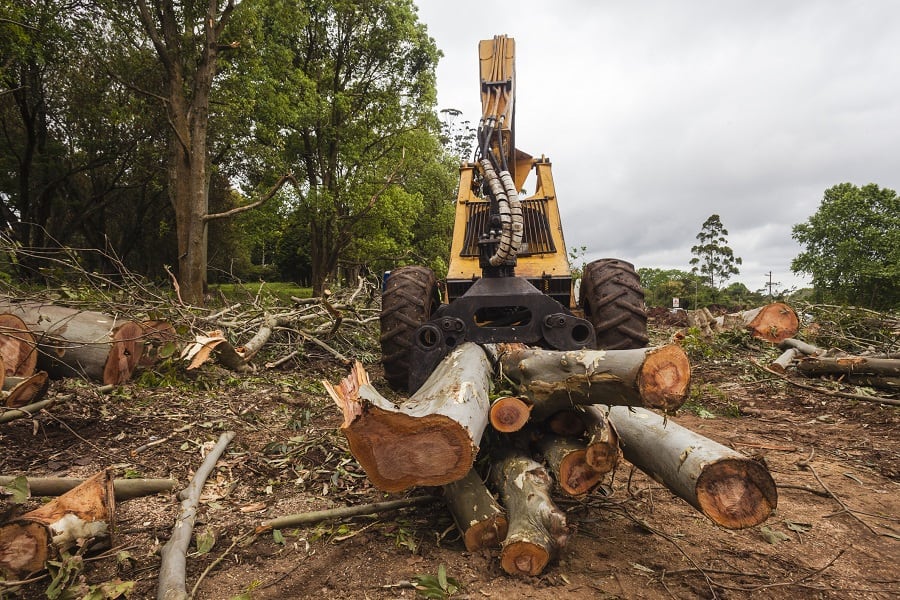 Economic systems and lifestyles which take the world’s generous stocks of natural resources for granted will need to be abandoned, but resisting the catastrophic declines of wildlife that have occurred over the last few decades might seem hopeless. For the first time, we’ve completed a science-based assessment to figure out how to slow and even reverse these trends.

Our new paper in Nature featured the work of 60 coauthors and built on efforts steered by the Intergovernmental Panel on Biodiversity and Ecosystem Services. We considered ambitious targets for rescuing global biodiversity trends and produced pathways for the international community to follow that could allow us to meet these goals.

The targets of the UN Convention on Biological Diversity call for global trends of terrestrial wildlife to stop declining and start recovering by 2050 or earlier. Changes in how land is used – from pristine forest to cropland or pasture – rank among the greatest threats to biodiversity on land worldwide. So what are the necessary conditions for biodiversity to recover during the 21st century while still supporting growing and affluent human societies?

Two key areas of action stand out from the rest. First, there must be renewed ambition from the world’s governments to establish large-scale conservation areas, placed in the most valuable hotspots for biodiversity worldwide, such as small islands with species found nowhere else. These reserves, in which wildlife will live and roam freely, will need to cover at least 40% of the world’s land surface to help bend the curve from decline to recovery for species and entire ecosystems.

The location of these areas, and how well they are managed, is often more important than how big they are. Habitat restoration and conservation efforts need to be targeted where they are needed most – for species and habitats on the verge of extinction. 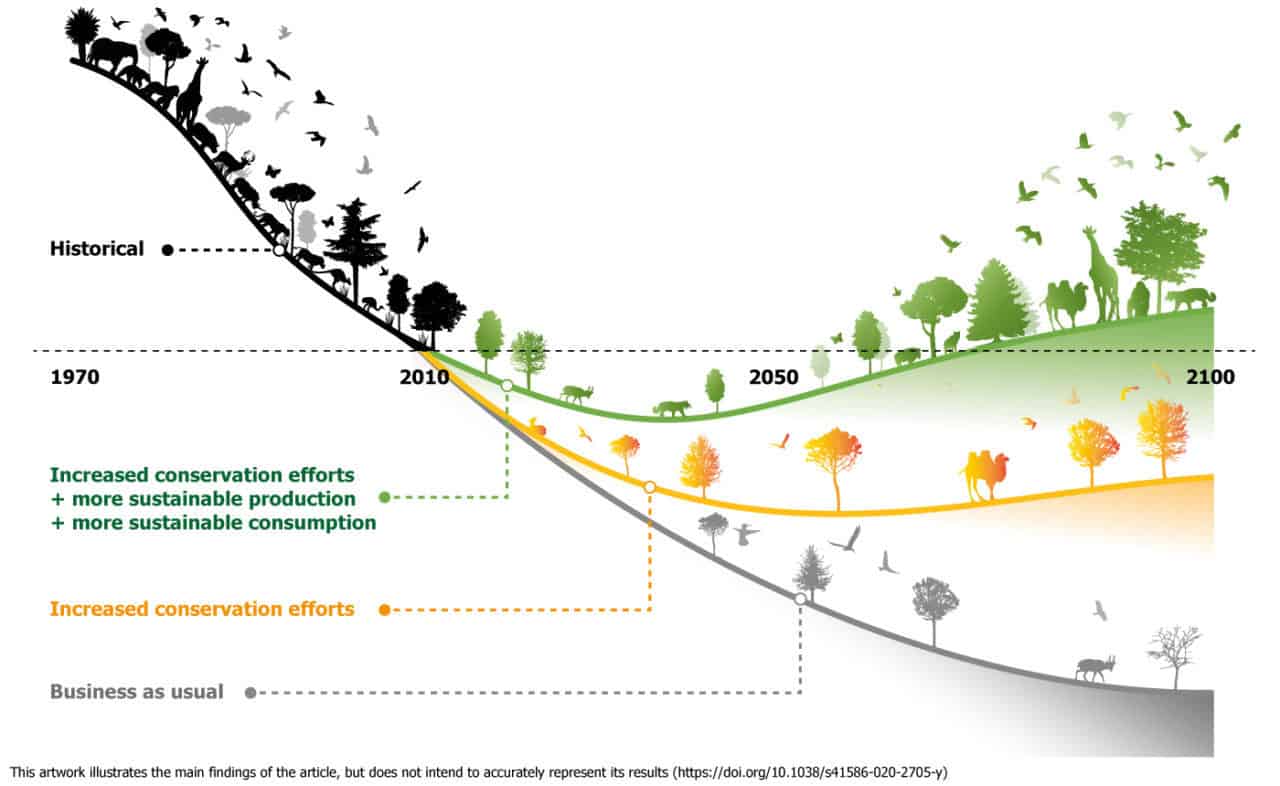 The next 30 years will prove pivotal for Earth’s biodiversity. Leclère et al. (2020) © IIASA

Second, we must transform our food systems to produce more on less land. If every farmer on Earth used the best available farming practices, only half of the total area of cropland would be needed to feed the world. There are lots of other inefficiencies that could be ironed out too, by reducing the amount of waste produced during transport and food processing, for example. Society at large can help in this effort by shifting towards healthier and more sustainable diets, and reducing food waste.

This should happen alongside efforts to restore degraded land, such as farmland that’s becoming unproductive as a result of soil erosion, and land that’s no longer needed as agriculture becomes more efficient and diets shift. This could return 8% of the world’s land to nature by 2050. It will be necessary to plan how the remaining land is used, to balance food production and other uses with the conservation of wild spaces.

Without a similar level of ambition for reducing greenhouse gas emissions, climate change will ensure the world’s wildlife fares badly this century. Only a comprehensive set of policy measures that transform our relationship with the land and rapidly scale down pollution can build the necessary momentum. Our report concludes that transformative changes in our food systems and how we plan and use land will have the biggest benefits for biodiversity.

But the benefits wouldn’t end there. While giving back to nature, these measures would simultaneously slow climate change, reduce pressure on water, limit nitrogen pollution in the world’s waterways and boost human health. When the world works together to halt and eventually reverse biodiversity loss, it’s not only wildlife that will thrive.

This article originally appeared on The Conversation. Read the original article here.