EGU2020 – a virtual experience of a first-time conference visit

When our abstract for the 2020 General Assembly of the European Geosciences Union (EGU2020) was accepted, I was very excited as this would be my first scientific conference. EGU2020 was a few weeks ago and took place completely virtually for the first time due to COVID-19. Let’s reflect upon what this experience was like.

As an early career researcher, I was very much looking forward to presenting the research I have worked on for many months. While I had presented preliminary results of this and other research before, both at my university and at my research department, these presentations had been internal or small-scale. EGU2020 was the first time presenting my research to the public, with experts from various fields being able to see the work and provide their input. It felt to me, like a first step into entering the pubic academic debate, an important step into becoming part of a research community.

But clearly, with the ongoing COVID pandemic, the conference was quite different to what I had expected my first conference to be like. EGU2020 became “EGU2020: Sharing Geoscience Online”. With 16,273 scientists participating last year, clearly a big effort took place to move such an event online, and with 26,219 individual online registrations in the online chat system, it seems to have been a success. But of course, not all registrations are equal, and participation numbers are not the only thing that count. So, how was this virtual EGU2020 experience for me? 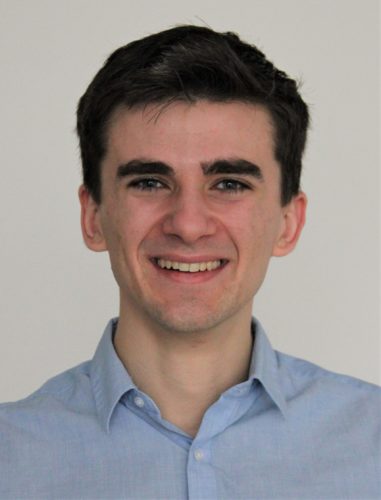 First, my experience was much shorter than originally envisaged. While this is largely a matter of choice, I, and many other participants, participated in fewer sessions than we would have done during a physical conference. The simple fact of not being ‘out of office’ contributed to me continuing to work on other ongoing tasks for large parts of the week.

However, the chat session and oral presentation session I joined,  were surprisingly intense. Many presentations (that would have normally been poster presentations) were discussed in a plenary chat or oral session, and there was little time (~6 min) available for each presentation, meaning that content was very dense, and discussed at breakneck speed. In this way, a snapshot of the current state of research in my field was provided openly with everyone seeing all comments and all presentations in the session. Something that was missing that could have been useful, by complementing the main chat box, were separate channels for each presentation. This could have made follow-up discussions in the chat sessions easier, without interrupting main discussions on the current presentations, and therewith stimulating one of the most important parts of conferences – feedback on the work you have presented.

Proponents of virtual events will argue that doing this will greatly reduce the environmental footprint of science, as (air) travel is the biggest chunk of GHG emissions of many scientists. In fact, a central debate at EGU2020 discussed this topic, and the first question of the Cercedilla Manifesto reads: “Is a physical meeting necessary?”. Opponents however point to the current impossibilities of replacing the benefits of meeting in-person, including higher engagement, getting an academic network, unexpected (group) discussions, social encounters and events, and the possibility for live feedback, etc. Especially for early career scientists, it is often said that attending conferences is very beneficial.

Networking virtually will never be exactly the same as in person, and I don’t think this is something to aim for. Networking can happen in many different formats; however, it is clear to me now that we can still take quite a few steps into increasing the effectiveness of virtual networking during such events. For instance, I did not ‘meet’ new people, whereas that would have surely happened during a physical meeting, even if I would not have actively made an effort. So perhaps when organizers are putting together a virtual event, it may pay off to be creative in providing virtual networking opportunities.

Many argue that an online event is also much more conducive to opening up science, with an enormous potential for increasing the accessibility to science and scientific discussions and stimulating the development of knowledge. The great success of EGU2020 is probably already in its name: “Sharing Geoscience Online”. On the EGU2020 website you can find thousands of presentations, on all topics that are related to geosciences, with many contributions from IIASA. In other words, a lot of research content has been uploaded to one place, open to everyone; thereby turning this scientific event into a great resource for sharing, learning, asking questions and providing feedback. Discussions on this platform will be ongoing until the end of the month. So, take advantage of this opportunity and have a look!