Air travel and COVID-19: How effective are travel bans?

By Tamás Krisztin, researcher in the IIASA Ecosystems Services and Management Program

Tamás Krisztin discusses the air travel restrictions instituted by governments across the globe and how effective they really are in terms of curbing the spread of COVID-19. 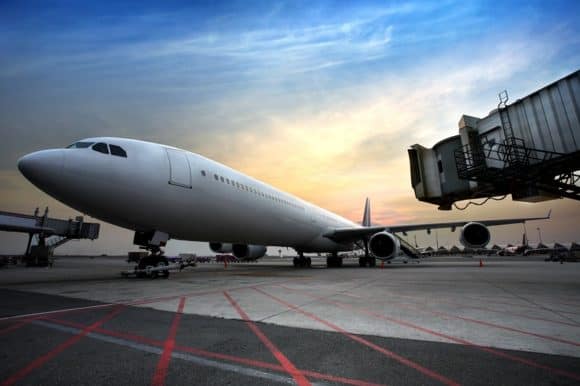 Many Western countries are reaching, or have reached, the peak of COVID-19 infections, and policymakers are increasingly turning their attention to the next critical question: how to lift lockdown restrictions responsibly, while at the same time making sure that trade and travel can be restored to as close to “normal” as possible? Our research indicates that stoppage of airline traffic and border closures, which were some of the first modes of transport to be restricted, should also be some of the last to be restored because of their critical role in spreading infections.

Governments began to restrict airline traffic at the end of January this year, and by 21 March, over half of the EU had implemented flight suspensions. Our research confirms that this was a timely and necessary step. In the early stages of the pandemic, international flight linkages were actually the main transmission channel for the virus. In fact, flight connections proved to be an even more accurate predictor of infection spread between two countries than the presence of common land borders or trade connections. As country after country enacted travel bans, our research also shows a corresponding decrease in cross-country spillovers of the virus.

In Austria, for instance, our model demonstrates that if the shutdown of cross border traffic (flight connections and car border crossings) had been delayed by only 16 days, (25 March instead of 10 March), about 7,200 additional people would have been infected (see Figure 1). 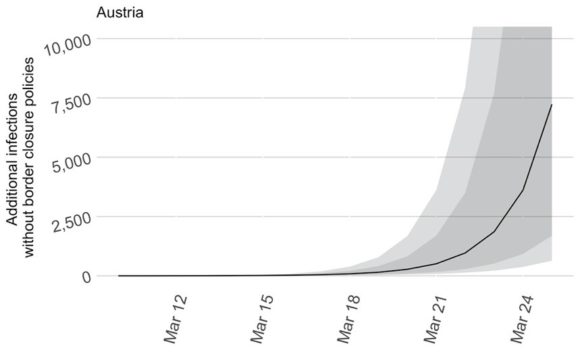 Additionally, our modeling shows the increased importance of flight connections over the initial period of the crisis, as seen in Figure 2. The top panel visualizes the relative importance of connectivity measures and demonstrates that, particularly in the beginning phases of the pandemic, flight connections were of the highest importance. The bottom panel shows infection spread between countries. Around the middle of March, when most border closure policies were implemented, the line drops to zero, indicating that these measures significantly reduced cross-border infections.

Given the importance of air travel as a means for transmission of COVID-19, it stands to reason that governments and policymakers will have to continue to restrict air travel to prevent a second wave of the virus. As some parts of the world begin slowly to lift restrictions and ease lockdowns, while others are only now beginning to near the peak of the pandemic, it is likely that air travel will continue to be severely limited to prevent cross-border spread.