By Liza Soutschek, doctoral researcher at the Leibniz Institute for Contemporary History, Germany

Howard Raiffa, the founding director of IIASA, was about to leave Schloss Laxenburg in November 1975 to return to the USA. In his farewell address, he reflected on the institute’s first three years as an East-West research institute during the Cold War and concluded:

“My most exhilarating moments at IIASA, the times when I feel most rewarded by all our efforts, occur whenever I am present at a scientific meeting and scientists from different disciplines and cultural backgrounds argue with each other, on substantive issues, without being conscious of their roles as mathematicians or economists or management scientists or of their national identities. I will never forget those times, when [Wolf] Haefele of F.R.G. [West Germany] and [Hans] Knop of G.D.R. [East Germany] would argue heatedly on a scientific point – sometimes on the same side and at other times on opposite sides.”

As Howard Raiffa pointed out, IIASA, founded in 1972 in the wake of Cold War détente, provided an exceptional platform for scientific dialogue and exchange across borders – in particular for East and West Germans.

Looking back from the present day, knowing how difficult interdisciplinary collaboration between scientists from different nations and cultures can be, one question that comes up right away is: what was it like working at IIASA in the 1970s and 1980s in the context of the Cold War?

I asked myself this question when I first came across IIASA in the fall of 2017, and the spring of 2018, when I started working on a dissertation project on the institute’s East and West German history. It is done as part of a research group that examined “Cooperation and Competition in the Sciences” in case studies from a historical perspective. In my dissertation, I analyzed the relations between scientific and political actors from East and West Germany in the context of IIASA, with a focus on mechanisms of collaboration and competition at the local site as well as on wider effects in the entangled Cold War German history.

Historians write books, but in order to do that we have to read hundreds of other books, look for traces in (sometimes more, sometimes less) dusty archives, and drink a lot of coffee with interesting people.

Initially my research led me to several German state and scientific archives. In the Federal Archives, for example, I found evidence of close interconnections between German science and politics during the Cold War regarding IIASA – not only in the case of the GDR, but also the FRG. Besides the intention to build a bridge between East and West, IIASA was also an arena for Cold War rivalry in the eyes of both German states. My favorite archival find were the documents of  the Max Plank Society, which was the former West German National Member Organization of IIASA.

In Germany, I also had the opportunity to talk to former West German members of the IIASA energy group in the 1970s and 1980s. Among them was Rudolf Avenhaus, who started working in the energy project under the leadership of Wolf Häfele in the summer of 1973. Over several cups of coffee, he told me about his life, what it was like to work at IIASA in those years, and about his collaboration with Willi Hätscher, one of the few East Germans in the group at that time.

A visit to IIASA and an inquiry

I finally had the chance to visit IIASA in the summer of 2019. With the help of several IIASA colleagues, I explored the IIASA archive for insights into the institute’s East-West German history. I also had the opportunity to discover more by talking to former and current IIASA employees. Two conversations I want to mention in particular, were with long-term staff members Martha Wohlwendt and Ruth Steiner, who provided an alternative view of IIASA to that of the scientists. I enjoyed my visit to the beautiful Schloss Laxenburg immensely and hope to return.

After collecting all these sources, from archival records to personal interviews, I can now begin writing an account on how cooperation and competition formed the relations between East and West Germans in the context of IIASA and thus, make IIASA’s history even better known. 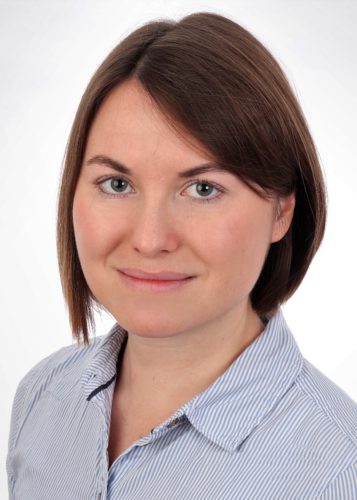 After sharing this insight into my research, I would like to end with an inquiry. If you read this and think, “I could add something to this story!”, I would be happy to hear from you. Whether you are a former German IIASA staff member or have another connection to all of this, maybe we can add another piece to the puzzle together.

More on the history of IIASA.