Luo’s recent publication in the Journal of Cleaner Production considers the needs of the poorest and most vulnerable communities when exploring policy insights for Dar es Salaam’s  energy transition.

Global discourse on sustainability rarely focuses on the Africa region as a key player in the global transition towards a cleaner low-carbon energy future. Filling this critical gap in the research is what has stimulated my doctoral studies.

According to a recent report from the International Energy Agency, the Africa region contributed only 3.7% towards global energy-related GHG emissions in 2018, which perhaps explains why the region has remained largely ignored in current research on energy. However, with colleagues at the University of Toronto and Ontario Tech University, I assert that the growth of large cities such as Dar es Salaam should be critically considered in global efforts on climate change mitigation. My recently published paper estimates to the year 2050, the potential changes in residential energy use and GHG emissions in Dar es Salaam, among Africa’s most populous and fastest-growing cities. Like many African cities,contributes little to global GHG emissions; however, our paper projects a substantial increase in future emissions by the year 2050 – up to 4 to 24 times– which is quite overwhelming. According to our findings, this jump in emissions is due to a higher urban population in 2050 (expected to triple from 5 million in 2015, to as much as 16 million in 2050), and increased energy access and electricity consumption.

In developing these future estimates, we used the Shared-Socio-Economic Pathways (SSPs), developed by IIASA researchers, as a guiding narrative. While there may be some uncertainties with projecting GHG emissions pathways several years into the future, our findings could derive insights to the emissions pathways of other large African cities, and the critical role that these cities can play in global efforts to achieve the 1.5-degree, or even, 2-degree global warming target. 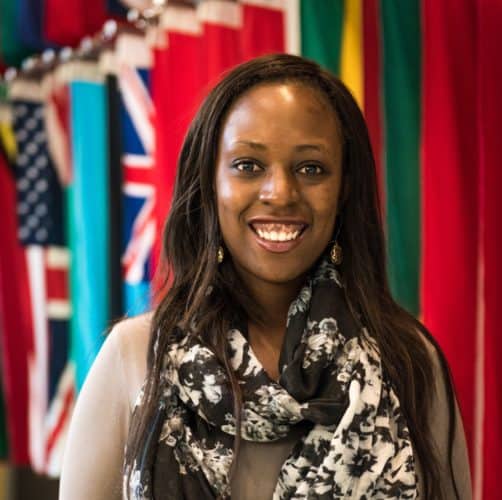 I first heard about the SSPs as a participant in the IIASA YSSP in 2016; this period was a tremendous time of growth and reflection in terms of my research direction. The opportunity to work amongst such a talented group of scientists in a collaborative environment and on issues that are globally relevant was an unforgettable experience. I especially enjoyed working with colleagues in the IIASA Risk and Resilience Program, where some of my early research ideas were formulated. At that time, I focused largely on resilience measures for infrastructure development in African cities, including Dar es Salaam.