It is worth weighting for better health measures

Sonja Spitzer discusses how survey data often fails to capture all socioeconomic groups and explains how to ensure health information used by policymakers is based on accurate statistics. 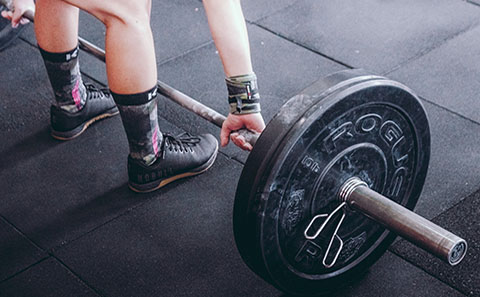 Life expectancy continues to increase in Europe. We live longer, but do we live healthier? One way of tackling this question is by analysing health expectancy: a widely used indicator that counts the number of years an average person can expect to live in good health. To create this indicator researchers usually combine information about mortality with health data from surveys – and this is where many problems begin.

Surveys do not always correctly represent the countries they seek to describe. A common deviation is that highly educated individuals are more likely to participate in surveys than less-educated individuals This is problematic for health research in particular, because highly educated people tend to be healthier than those who are less educated. Overrepresenting healthy and better educated individuals in surveys makes countries appear to have healthier populations than is the actual case. A recent study I conducted, that focused on European countries, showed that health expectancy measures are frequently upward biased, because less-educated people are underrepresented in the underlying data. The results of this study reflect the outcomes of other research; for example, estimates of rates of diabetes and asthma in Belgium are too low because individuals with a high level of education are overrepresented in the core data. In the Netherlands, the underrepresentation of those with lower levels of education has led to underestimating smoking prevalence, alcohol intake, and low levels of physical activity.

Make everyone count with statistical weights

Are you now wondering if you can ever trust health measures again? Do not despair! Surveys can still be a very useful source for answering health-related questions if the appropriate statistical tools are used. It is possible to account for the misrepresentation of participants with lower levels of education in surveys. The only thing needed is accurate information about the education structure of the population, that is: How many highly educated versus less-educated individuals live in a given country? In Europe, this information is readily available via censuses. Using information from censuses makes it possible to calculate statistical weights for surveys. If the less educated are underrepresented in surveys, each observation of a less educated individual is weighted relatively more than those with a higher level of education to account for the misrepresentation. This weighting enables surveys to resemble the population in the real world and the health measures that are based on them to no longer be biased by educational differences in survey participation.

Why do the less educated not participate in surveys?

Using survey methods such as statistical weights might become even more necessary in the future – it appears that the gap in survey participation between the higher and the less-educated is increasing year upon year. Those with low levels of education are frequently more difficult to engage, for example, less educated people can have less stable life paths and thus more often change their address. They may be less likely to provide requested information in surveys because they are too sick to participate or are less aware of the details of their health and financial situation. Finally, survey participation is usually voluntary and those with lower levels of education are more likely to refuse participation. One could speculate that this refusal to participate is because we, as researchers fail to engage with, or reach out to, less-educated individuals and the “value” of participating in surveys is therefore not well-communicated. This concern seems particularly important in the age of ‘fake news’. If less-educated individuals were better represented in surveys, this would make official statistics more reliable and might also lead to a better appreciation of statistics and how they can be more profound indicators than, for example, an opinion posed by someone on TV.