By Roman Hoffmann, Wittgenstein Centre for Demography and Global Human Capital (IIASA, VID/ÖAW, and University of Vienna), Vienna Institute of Demography, Austrian Academy of Sciences, and the  Potsdam Institute for Climate Impact Research.

Taking action to combat climate change and its impacts is urgent and vital to achieve the Sustainable Development Goals. Although per capita emissions are still highest in high-income countries, several emerging low and middle-income countries have seen a rise in carbon dioxide and other greenhouse gas emissions in recent years. While much of that rise was due to increased (export-oriented) industrial activities, changing lifestyle, consumption, and mobility patterns also played a significant role. How people can be encouraged to behave in an environmentally friendly way is a fundamental question for climate change mitigation. Despite a call for a stronger emphasis on demand-side solutions in mitigation strategies, little is known about the determinants of pro-environmental behaviors of people from the developing world. 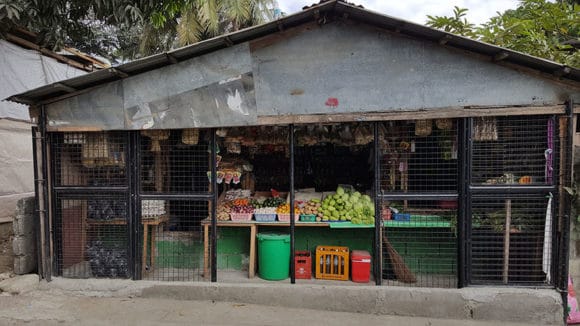 In a study with IIASA researcher Raya Muttarak, which has recently been published in Environmental Research Letters, we found that education significantly contributes to increasing pro-environmental orientations and actions among low-income households in the Philippines. As an emerging lower-middle-income country, the Philippines are faced with severe environmental issues, such as pollution, deforestation, and environmental degradation. Already in the 1990s, public policy has responded to these challenges by developing several environmentally-focused learning initiatives and by making environmental education a fundamental pillar of the national school curriculum. Today, according to the World Value Survey, more than 73% of the population can identify with a person who gives importance to looking after the environment compared to 55% and 63% in the neighboring countries Thailand and Malaysia, respectively. 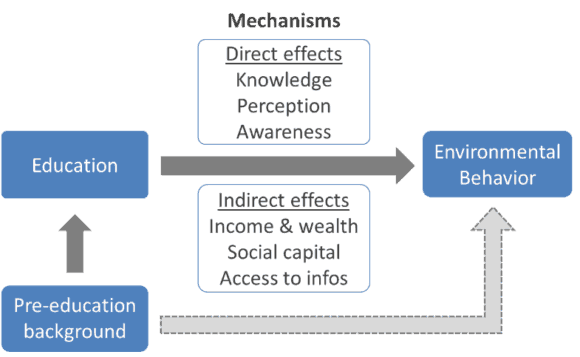 Based on original cross-sectional survey data, we found education to be positively related to pro-environmental behaviors such as recycling, proper garbage disposal, and planting trees. An additional year of schooling is estimated to increase the probability of carrying out climate-friendly actions by a substantial 3.3%. Going beyond previous research, we explored some of the underlying mechanisms through which education influences environmental behavior. . While knowledge and awareness raising are both important, it is found that education influences behavior mainly by increasing awareness about the anthropogenic causes of climate change, which may consequently affect the individual perception of self-efficacy in reducing human impacts on the environment. This is in line with the environmental psychology literature, which finds that poor understanding of the connection between human actions and climate change influences the perception of one’s ability to control and take action against it. People will become active only if the perceived likelihood of achieving a desired outcome is high enough. Education can hence play a vital role in promoting a better understanding of climate change and in raising awareness about the impacts of human activities. 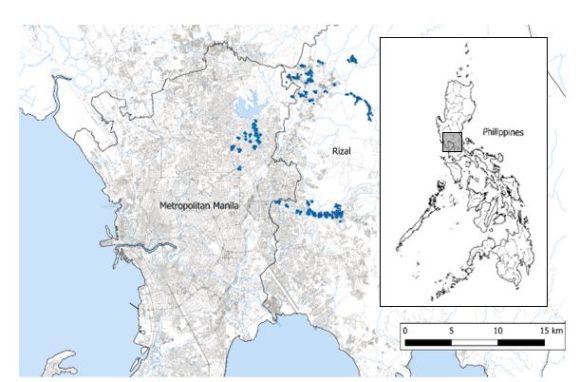 Figure 2 – Map of study areas with locations of respondents’ homes. The study areas encompassed both more urban and rural areas located in Rizal province towards the East of the National Capital Region

In line with recent efforts of the international community to promote education for sustainable development, our study provides solid empirical evidence confirming the important role of education in climate change mitigation efforts. Investments in education can make an important contribution in raising awareness and ultimately in promoting green behavior helping to reduce the human impacts on the global climate system. In this regard, while it is important to provide learners with the necessary tools and capabilities to undertake pro-environmental actions, it is also key to raise their perceived self-efficacy. Education should thus not only focus on the transfer of knowledge and information, but also highlight the importance of the individual contribution in mitigating the harmful consequences of global environmental change.