By: Florian Hofhansl, postdoc in the IIASA Ecosystems Services and Management and Evolution and Ecology Programs 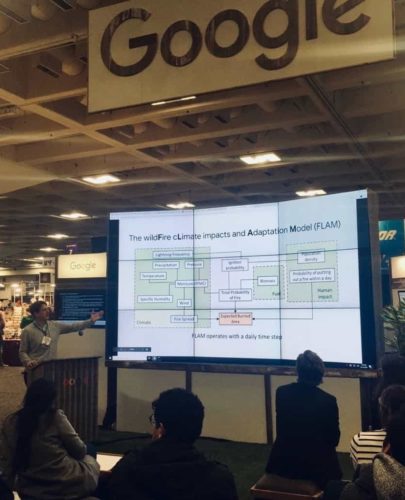 The American Geosciences Union (AGU) Fall Meeting is the largest international Earth and space science meeting in the world. AGU is a great place to reconnect with colleagues as well as to build-up new professional relationships. The 2019 conference marked its Centennial in San Francisco, the home of the AGU Fall Meeting for more than 40 years, and thus I gladly took the offer to give a presentation about FLAM at the Google Exhibit Booth.

It was an honor to represent IIASA by presenting FLAM and discussing its implementation on the Google Earth Engine platform with experts face-to-face on-site. Right after the presentation I ran into a former YSSPer Sarath Guttikunda, who indicated that his experience in the IIASA Young Scientists Summer Program (YSSP) had a profound influence on his professional and personal life.

Another highlight of this year’s centennial conference edition was a presentation by Cesar Terrer, winner of the Peccei Award with Honors from the 2016 YSSP, who was invited to present a young scientists view of the future. His talk entitled “The future of earth vegetation under rising CO2” was featured in a special lighting talk session.

I have been attending the Fall Meeting since 2012 and will continue to attend this meeting for the foreseeable future as it is a great place to network with colleagues and embrace the joy of science with the community. Over the years, I keep on being inspired by other researchers filled with new perspectives, and have participated in scientific discussions that we hope will make our planet more sustainable. 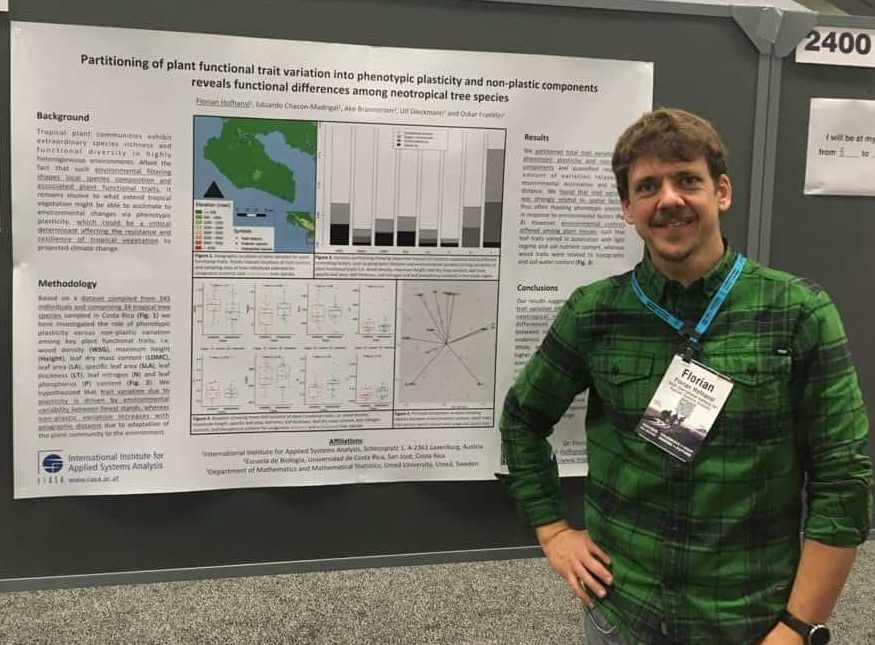 More about Florian Hofhansl’s research can be found here: https://tropicalbio.me/blog/.