Vienna as a global hub for science diplomacy

Jan Marco Müller shares his insights into the recent high-level forum in Vienna that brought together science advisors to ministers of foreign affairs from across the world and other experts in the practice, theory, and discussion of science diplomacy.

Established following an initiative by the United States and the Soviet Union during the Cold War, IIASA can be considered a child of diplomacy for science. At the same time, the institute has always been one of the world’s premier vehicles of science for diplomacy, by using science to build bridges between nations including those with special relations. However, there is another dimension of science diplomacy which has gained traction in recent years: the support scientists can provide to diplomats and policymakers in the foreign policy domain – known as science in diplomacy. 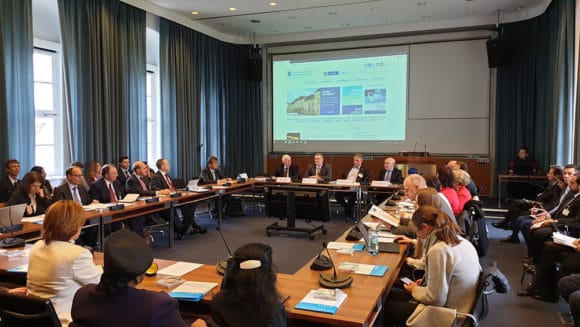 As global challenges become more complex and interdependent and technological progress advances at an ever-increasing speed, the scientific-technical dimension of foreign policies has gained increasing attention. This is illustrated by four examples:

Ministries of foreign affairs and diplomatic services around the world are all confronted with similar issues and critically depend on advice provided by scientists.

With this in mind, on 25-26 November 2019 IIASA, together with the International Network for Government Science Advice (INGSA), the Austrian Federal Ministry of Europe, Integration and Foreign Affairs, the Diplomatische Akademie Wien (Vienna School of International Studies), and the Natural History Museum Vienna, held the global meeting of the Foreign Ministries Science & Technology Advice Network (FMSTAN).

FMSTAN gathers science advisors to ministers of foreign affairs from around the planet, providing a platform for the exchange of information and best practices. IIASA hosted the first meeting of this network in October 2016, which has since grown significantly, with some 50 countries now participating in its biannual meetings.

The global meeting in November was organized back to back with the meetings of two other important networks in the science diplomacy arena: the Science Policy in Diplomacy and External Relations Network (SPIDER) – which is the science diplomacy branch of the International Network for Government Science Advice – and the Big Research Infrastructures for Diplomacy and Global Engagement through Science (BRIDGES) Network. BRIDGES was established a year ago following an initiative by my colleague Maurizio Bona at CERN and myself, with the aim of uniting the science diplomacy officers of all major international research infrastructures. In addition, a 3-day training course organized by the EU-funded project Using science for/in diplomacy for addressing global challenges (S4D4C) was arranged in parallel to achieve maximum synergies. 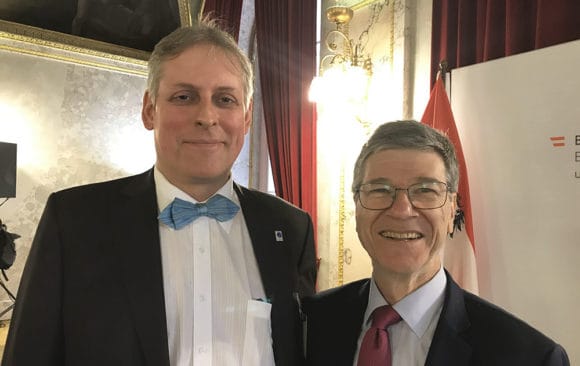 The meetings were attended by around 100 science diplomats including the President-elect of the International Science Council Sir Peter Gluckman, the UN Advisor on the Sustainable Development Goals Jeffrey Sachs, the former Rector of the University for Peace of the UN Martin Lees, the S&T Advisor to the US Secretary of State Matt Chessen, the S&T Advisor to the Japanese Foreign Minister Teruo Kishi, the Science Diplomacy Advisor to the Mexican Foreign Minister José Ramón López Portillo, and the Chief Science Advisor in the Dutch Ministry of Foreign Affairs Dirk-Jan Koch, to name just a few.

The Vienna meeting offered a unique platform for all those who “speak science” in the diplomatic arena to exchange ideas and experiences, while fostering a common global agenda. For additional insights I recommend reading the piece “Science Diplomacy: A Pragmatic Perspective from the Inside” which aims at making the term science diplomacy more operational – all the four authors participated to the Vienna meeting.

Overall the event demonstrated once again the convening power of IIASA and the leadership of the institute in confirming Vienna as one of the global hubs for science diplomacy. 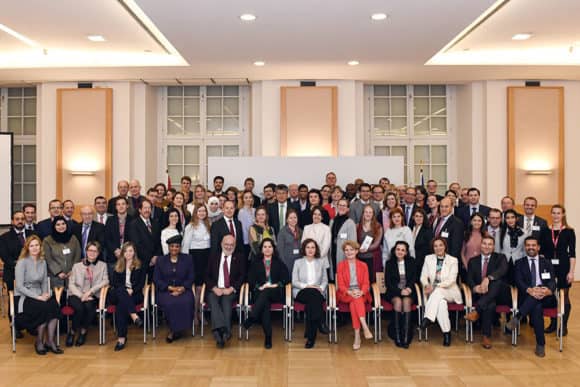