Advocating for a new ecology grounded in systems science

IIASA Young Scientists Summer Program (YSSP) scientific coordinator, Brian Fath and colleagues take an extended look at the application of the ecosystem principles to environmental management in their book, A New Ecology, of which the second edition was just released. 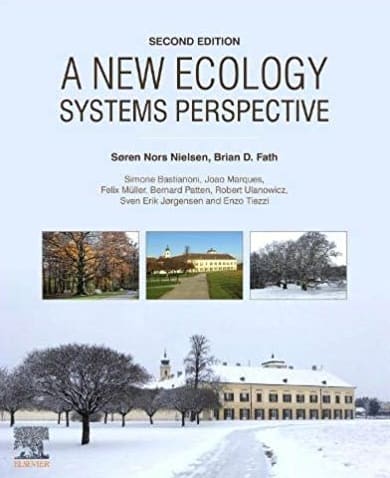 IIASA is known for some of the earliest studies of ecosystem dynamics and resilience, such as work done at the institute under the leadership of Buzz Holling. The authors of the book, A New Ecology, of which the second edition was just released, are all systems ecologists, and we chose to use IIASA as the location for one of the brainstorming meetings to advance the ideas outlined in the book. At this meeting, we crystallized the idea that ecosystem ontology and phenomenology can be summarized in nine key principles. We continue to work with researchers at the institute to look for novel applications of the approach to socioeconomic systems – such as under the current EU project, RECREATE – in which the Advanced Systems Analysis Program is participating. The project uses ecological principles to study urban metabolism – a multi-disciplinary and integrated platform that examines material and energy flows in cities as complex systems.

Our book argues the need for a new ecology grounded in the first principles of good science and is also applicable for environmental management. Advances such as the United Nations Rio Declaration on Sustainable Development in 1992 and the more recent adoption of the Sustainable Development Goals (2015) have put on notice the need to understand and protect the health and integrity of the Earth’s ecosystems to ensure our future existence. Drawing on decades of work from systems ecology that includes inspiration from a variety of adjacent research areas such as thermodynamics, self-organization, complexity, networks, and dynamics, we present nine core principles for ecosystem function and development.

The book takes an extended look at the application of the ecosystem principles to environmental management. This begins with a review of sustainability concepts and the confusion and inconsistencies of this is presented with the new insight that systems ecology can bring to the discussion. Some holistic indicators, which may be used in analyzing the sustainability states of environmental systems, are presented. We also recognize that ecosystems and society are physically open systems that are in a thermodynamic sense exchanging energy and matter to maintain levels of organization that would otherwise be unattainable, such as promoting growth, adaptation, patterns, structures, and renewal.

Another fundamental part of the evolution of the just mentioned systems are that they are capable of exhibiting variation. This property is maintained by the fact that the systems are also behaviorally open, in brief, capable of taking on an immense number of combinatorial possibilities. Such an openness would immediately lead to a totally indeterminate behavior of systems, which seemingly is not the case. This therefore draws our attention towards a better understanding of the constraints of the system.

One way of exploring the interconnectivity in ecosystems is taking place mainly through the lens of ecological network analysis. A primer for network environment analysis is provided to familiarize the reader with notation including worked examples. Inherent in energy flow networks, such as ecosystem food webs, the real transactional flows give rise to many hidden properties such as the rise in indirect pathways and indirect influence, an overall homogenization of flow, and a rise in mutualistic relations, while hierarchies represent conditions of both top-down and bottom-up tendencies. In ecosystems, there are many levels of hierarchies that emerge out of these cross-time and space scale interactions. Managing ecosystems requires knowledge at several of these multiple scales, from lower level population-community to upper level landscape/region.

Viewing the tenets of ecological succession through a lens of systems ecology lends our attention the agency that drives the directionality stemming from the interplay and interactions of the autocatalytic loops – that is, closed circular paths where each element in the loop depends on the previous one for its production – and their continuous development for increased efficiency and attraction of matter and energy into the loops. Ecosystems are found to show a healthy balance between efficiency and redundancy, which provides enough organization for effectiveness and enough buffer to deal with contingencies and inevitable perturbations.

Yet, the world around us is largely out of equilibrium – the atmosphere, the soils, the ocean carbonates, and clearly, the biosphere – selectively combine and confine certain elements at the expense of others. These stable/homoeostatic conditions are mediated by the actions of ecological systems. Ecosystems change over time displaying a particular and identifiable pattern and direction. Another “unpleasant” feature of the capability for change is to further evolve through collapses. Such collapse events open up creative spaces for colonization and the emergence of new species and new systems. This pattern includes growth and development stages followed by the collapse and subsequent reorganization and launching to a new cycle.

A good theory should be applicable to the concepts in the field it is trying to influence. While the mainstream ecologists are not regularly applying systems ecology concepts, the purpose of our book is to show the usefulness of the above ecosystem principles in explaining standard ecological concepts and tenets. Case studies from the general ecology literature are given relating to evolution, island bio-geography, biodiversity, keystone species, optimal foraging, and niche theory to name a few.

No theory is ever complete, so we invite readers to respond and comment on the ideas in the book and offer feedback to help improve the ideas, and in particular the application of these principles to environmental management. We see a dual goal to understand and steward ecological resources, both for their sake and our own, with the purpose of an ultimate sustainability.