By Bernd Lenzner, post-doctoral researcher at the Department of Botany and Biodiversity at the University of Vienna, Austria and IIASA YSSP alumnus

To guide action towards a sustainable future for nature and people, it is crucial to understand the role of invasive species in shaping global biodiversity and ecosystem services, as well as how this depends on human actions.

Imagine arriving at the shores of a country you have never visited before. What kind of nature awaits you? Will you be stunned by the beauty of plants and animals you only know from documentaries and books? Will you be fascinated by the songs of birds you’ve never heard before? Or, will you find species you know from your backyard and the landscape surrounding your home? 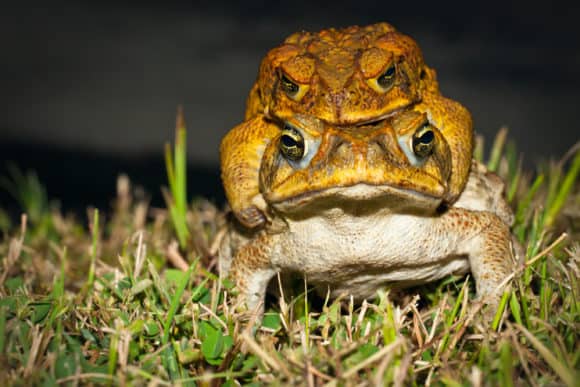 Most of us probably hope to find new, untouched nature with many plants and animals we haven’t encountered yet. Isn’t that after all the purpose of exploring our planet? Unfortunately, nowadays we see that the biota in many regions of the world are becoming more and more similar as a consequence of the movement of species by humans across the globe. Recent studies have shown that approximately 4% of all plants [1], 10% of all birds [2], and 2% of all amphibians and reptiles [3] worldwide can be found in regions outside their native distribution, and these numbers are increasing with no sign of saturation [4]. Once introduced, these so-called alien species can emerge as a major threat to global biodiversity [5] and ecosystem services [6], and lead to global biotic homogenization [7].

We know that these trends are driven not only by the intentional and unintentional human introduction of species into new regions through increased trade and transport, but also by how climate and land use facilitate the establishment of species outside their native range. While these drivers are expected to largely evolve in the decades to come, researchers have so far been unable to build scenarios exploring the long-term dynamics of the distribution of alien species and their impacts.

I lead a joint study between researchers from Vienna University, IIASA, and other colleagues that was recently published in the journal BioScience [8]. In our paper, we introduced the necessary steps for building scenarios of future long-term dynamics of biological invasion at a global scale. We propose a general framework for global 21st century scenarios and models of biological invasions and review essential datasets and milestones. This is the first time that biological invasions are put into a global scenario context with the aim to develop qualitative storylines that can be linked to quantitative models.

I actually started working on this in 2017 when I was still a PhD student in the Division of Conservation Biology, Landscape, and Vegetation Ecology at the University of Vienna, and a participant in the IIASA Young Scientists Summer Program. The project helped to build bridges between research communities deeply involved in core activities from the Intergovernmental Science-Policy Platform on Biodiversity and Ecosystem Services (IPBES).

IIASA was involved in IPBES’ methodological assessment on the use of models and scenarios for biodiversity and ecosystem services and in its efforts to apply biodiversity models in existing IPCC scenarios [9] to deliver insights into the IPBES’ global assessment report released earlier this year. Recently, the IIASA Bending the curve project [10] led by David Leclère, a researcher in the Ecosystems Services and Management Program, used models to elicit what type and ambition of actions are necessary to reverse biodiversity declines, to support on-going discussions at the Convention on Biological Diversity (CBD) on a global international agreement for people and nature to be negotiated in 2020. I am a member of the IPBES expert group involved in the writing of the upcoming thematic assessment on invasive alien species and their control, and also a contributor to a new research project called AlienScenarios funded by BiodivERsA and the Belmont Forum. Led by my supervisor Franz Essl at the University of Vienna, this project will assess global and regional mid- and long-term trends of alien species richness and impacts, as well as develop scenarios for biological invasions.

In the near future, we hope to integrate these on-going projects, to allow better modeling of global biodiversity trends and their drivers, as integrating biological invasions into the global picture are required to materialize the 2050 vision of the Convention on Biological Diversity (CBD).