Leen Hordijk has served in the capacity of project leader, Council member, and director of IIASA. He is currently professor emeritus at Wageningen University and special adviser to the Competence Centre on Modeling at the European Commission’s Joint Research Centre (JRC). He was recently interviewed by IIASA Network and Alumni officer, Monika Bauer. 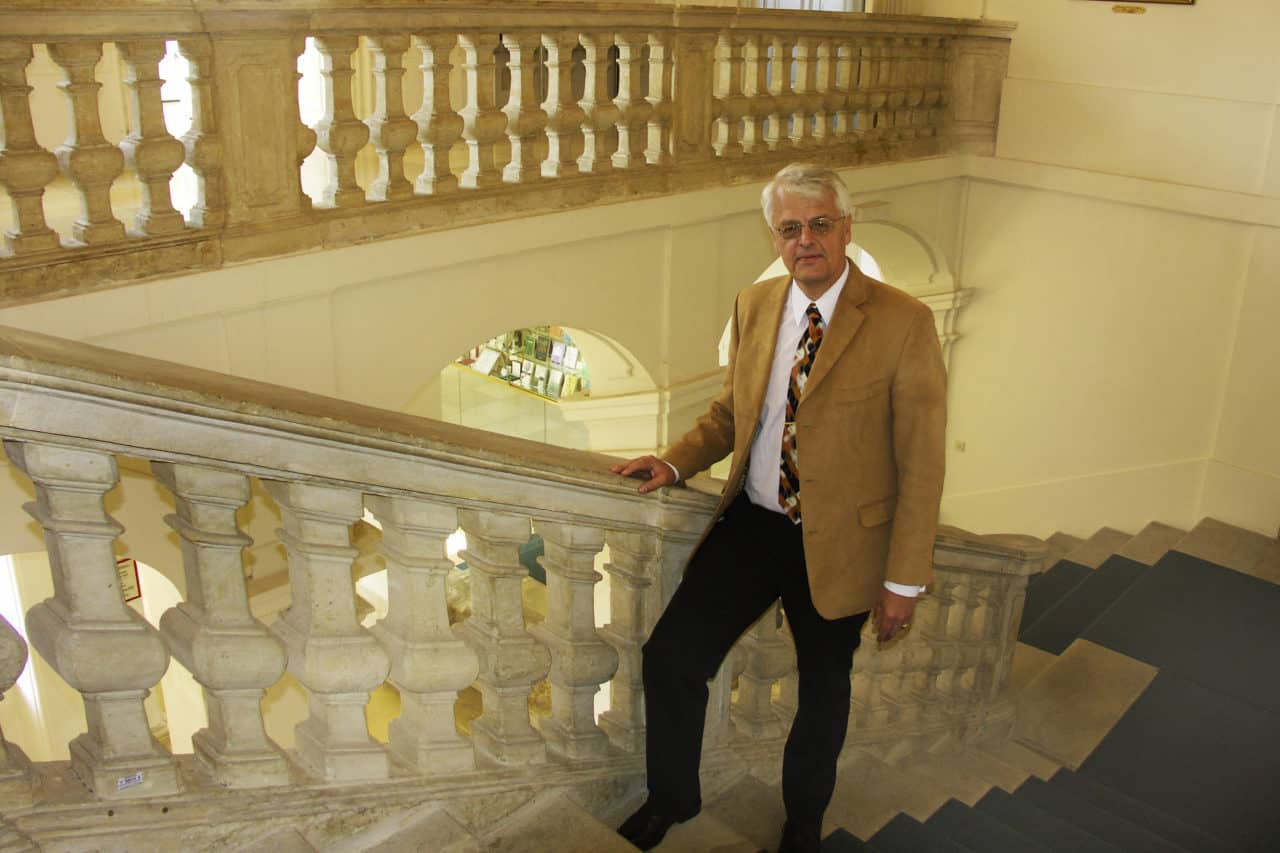 In today’s world, it is indeed more important. First and foremost, the world is more complex than it was 20 years ago. Internet, social media, and the accessibility of transport options make the world more connected and thus more complex. Systems analysis can assist in disentangling the complexities and in trying to quantify where possible. Science is frequently under attack by interest groups, climate change deniers, and even some governments. It is therefore even more important to have an international, multidisciplinary, and multi-cultural institute like IIASA to bring scientific results to policymakers and society. Impartiality and knowledgeability are in the institute’s genes. The world notices this in scientific contributions by IIASA to policy debates in energy, biodiversity, climate change, disaster management, air quality, aging population issues, water management, and technology development.

In my personal development, IIASA has played a key role since my first visit in 1979 when I attended a regional economics conference. “IIASA gets into your blood”, as one of our sons said when I was thinking about applying for the IIASA directorship back in 2001. That is so true for many alumni.

What are your reflections on your time as IIASA Director General?

When I arrived as director in 2002, the challenge was twofold. First, I had to deal with financial issues, as two major members of IIASA had not lived up to their commitments, while expenditures had not been reduced. Second, some ten years after the end of the Cold War, the IIASA membership structure had not changed. The first problem was solved through a thorough 25% expenditure reduction plan and a re-engagement of said members. IIASA staff realized that cuts were necessary, and they were very engaged in finding solutions. The re-engagement of member countries went quickly because of the involvement of Austrian government officials, in particular Raoul Kneucker. The second issue took more time: expanding membership for IIASA to become a global institute rather than an East-West one. With China already on board when I arrived, we expanded membership with Egypt, India, Pakistan, South Africa, and the Republic of Korea.

In terms of content and scientific quality, I was very happy to find an excellent staff. What surprised me was that the number of social scientists (including economists) was higher than I had expected, and the total sum of external financing was quite low. In the following years, most programs became very successful at acquiring projects funded by the European Research Council and various Directorates-General of the European Commission.

Today, IIASA is a major player in terms of providing impartial scientific input in the analysis of many global challenges, such as energy, air quality and climate change, sustainable development, disaster risks, ecosystem services, demography, and technological transitions. IIASA is often a leading institute in signaling global trends and changes and, very importantly, uses its broad systems analytic and modeling capacity to quantify such changes and bring the results to policy fora.

In your opinion, how has the Dutch community benefited from the IIASA network?

It is always very hard to point at such benefits, because more often than not, they cannot be linked to single causes. That aside, I think that the Netherlands’ strength in systems analysis for environment, climate, and energy can, for a substantial part, be linked to leading scientists who spent time at IIASA and/or are active participants in IIASA networks. Last year I came across a nice example when I had a temporary assignment as chief scientist at PBL, the Netherlands Environmental Assessment Agency. In that year, PBL was heavily involved in analyzing a draft national climate agreement for the Dutch government. I met two key scientists in that team who I knew as Young Scientists Summer Program (YSSP) participants during my time as director of IIASA. It was very exciting to notice how they had grown since their time as YSSPers and became essential in the PBL team.

Being part of global scientific networks, gaining experience in advanced interdisciplinary work, and, last but not least, the YSSP, are specific benefits all member countries receive from being a part of IIASA. IIASA was not founded for the benefit of single countries – it is the global good that the institute tries to understand and serve.

I have also personally benefited from being a part of the IIASA network. When I left IIASA in May 2008, I became director of the Institute for Environment and Sustainability of the JRC in Ispra, Italy. IIASA and the JRC have become close collaborators in various fields of research.