How the environment shapes the way we behave

2019 YSSP participant Roope Kaaronen investigates how changes in the urban environment affect people’s behavior and whether they will find it easy to engage in sustainable behavior in different environments.

Technological and industrial advances in many sectors have made our lives easier, but they have also contributed to a less sustainable way of life. From the industrial revolution to the present day, CO2 emissions have increased by 40% and about 95% of this increase can be attributed to human actions. We can therefore say that our actions shape the environment we live in. But how does the environment we live in in turn shape our attitudes and behavior?

Apart from the vast amount of information available to us and an increasing awareness of more sustainable consumption, our society still has a growing carbon footprint, which means that attitudes around sustainability are not really translating into behavior. There is a gap between having environmental knowledge and environmental awareness, and displaying pro-environmental behavior. Apparently, the answer to translating attitudes into behavior could have more to do with design than awareness. 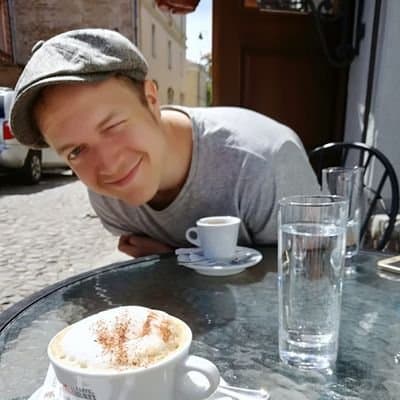 Roope Kaaronen, a member of this year’s IIASA Young Scientists Summer Program (YSSP) cohort, has made it his goal to study behavior change and the adoption of sustainable habits. His project investigates how changes in the urban environment will affect people’s behavior and whether people will find it easy to engage in sustainable behavior in different environments. He is looking at how pro-environmental behavior patterns emerge from processes of social learning (such as teaching and imitation), habituation, and niche construction (a process where agents shape the environment they act in).

For instance, suppose that you would like to start recycling more but your city doesn’t have a proper selective waste collection system. Because the infrastructure needed to promote pro-environmental behavior is missing, this can lead to feelings of frustration and hopelessness, which could in turn cause people to give up on even trying to engage in the behaviors that could lead to more sustainable outcomes.

Kaaronen uses agent-based modeling in his research to model the cultural evolution of sustainable behavior patterns. The idea is to study how opportunities for action can have self-reinforcing effects on behavior. He included agents who move on a “landscape of affordances” in his model, and these agents are connected to each other in a social network. In this context, the term “agents” represents individuals or groups in society.

Social psychology describes pro-environmental behavior as conscious actions made by an individual to minimize the negative impact of human activities on the environment. For Kaaronen, this means that we can only achieve sustainable goals if we change our behaviors or habits very quickly.

“I think that it’s not realistic to expect that technology will solve all our problems. We will have to start behaving differently,” he says.

Unfortunately, people very often assume that individuals’ actions don’t have as much impact as collective actions, leading them to postpone their own pro-environmental behaviors. There have been a lot of discussion in the media around whether one person’s attitude could have an impact on the environment, in other words, should the focus be on each individual making changes in the way they live, or should the focus be on whole systems changing. To Kaaronen, these two approaches are connected.

“Systems emerge from individuals and their collective interactions. As we are social animals, our actions are inevitably copied and imitated by other people. This means that a person who has a lot of influence will have many people copying them. In other words, whenever we talk about private environmental behavior, such as recycling or using public transport rather than driving a car, we tend to think that this is just our personal behavior, but of course, our choices form part of a much bigger system,” says Kaaronen. 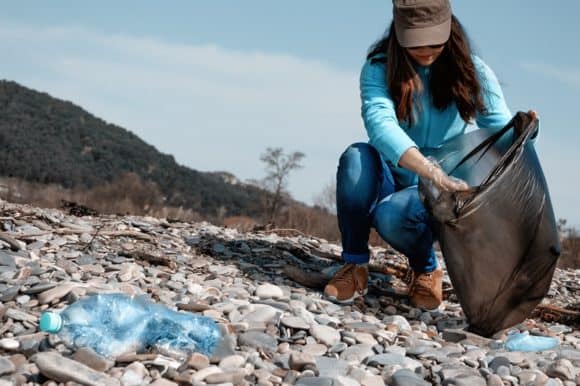 We should be aware that we need politicians to make our pro-environmental choices as easy as possible. As individuals, we have responsibilities because we are part of the social system, but it is up to the political system to encourage this kind of behavior on a larger scale.

In 2007, the Danish government developed a strategy that prioritized bicycling as method of transport in Copenhagen. Since then, the city has seen a rapid increase in the number of people cycling, showing that affordance is important to promoting behavior change. Kaaronen’s model is able to reproduce patterns of behavior change, such as the case of Copenhagen.

“I think in terms of policy, what I am doing is quite applicable in urban design. What I am trying to show is that if we make sustainable behavior easy and lucrative, this can lead to long lasting and self-reinforcing effects on the emergence of sustainable cultures,” he comments.

The advent of social media has made it easy to influence people’s attitudes and behavior. The model that Kaaronen is using also illustrates how behavior change can spread through tightly knit social networks, and how social learning in networks can have self-reinforcing effects on behavior change. He says that we should use this tool to spread awareness about sustainable habits and initiate cultural evolution towards sustainable societies. In terms of behavior, living by example is very important, since it is necessary to show that living a sustainable life is both possible and enjoyable. Kaaronen himself lives this philosophy as he doesn’t drive and tries not to eat meat. He also stopped flying two years ago.

“I am just travelling on the ground right now. It is part of a campaign in the academic environment called #FlyingLess. Buses and trains can take you to interesting places, but it of course takes up a lot of time and I realize that not everyone can do this because they live in places that aren’t well connected.”

We are so used to unsustainable forms of behavior like constantly driving, flying, and consuming meat, but the world needs to realize that this way of living cannot last forever. It is unsustainable. Even though it may appear challenging to change our behavior, Kaaronen’s research offers hope to keep believing that it is possible to change our unsustainable behavior and achieve a sustainable society and environment.

“I think it is important to show that these things are actually possible. We can reach a tipping point towards sustainable systems if enough people just start practicing what they preach,” he concludes.