By Junko Mochizuki, researcher with the IIASA Risk and Resilience Program

IIASA researcher Junko Mochizuki writes about her recent research in which she and other IIASA colleagues developed an indicator to help identify vulnerable countries that should be prioritized for human development and disaster risk reduction interventions. 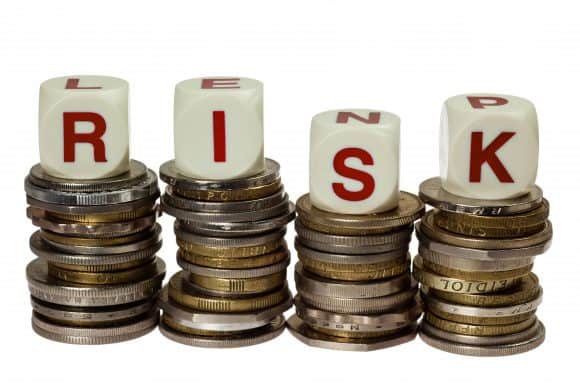 Working as part of an interdisciplinary team at IIASA, it is not uncommon for researchers to uncover disciplinary blind spots that would otherwise have gone unnoticed. This usually leads to a conversation that goes something like, “If only we could learn from the other disciplines more often, we can create more effective theories, methods, and approaches.”

My recently published paper with Asjad Naqvi from the IIASA Advanced Systems Analysis Program titled Reflecting Risk in Development Indicators was the fruit of such an exchange. In one afternoon, our coffee conversation hypothesized various reasons as to why the disaster risk discipline continued to create one risk indicator after another while the development community remained silent on this disciplinary advancement and did not seem to be incorporating these indicators into ongoing research in their own field.

Global ambitions such as the Sustainable Development Goals (SDGs) and Sendai Framework for Disaster Risk Reduction call for disaster mainstreaming, in other words, that disaster risk be assessed and managed in combination with any development planning efforts. For various reasons, we however continue to measure development and disasters separately. We know that globally the poor are more exposed to risk and that disasters hurt development, but there was not a single effective measure that captured this interlinkage in an easy-to-grasp manner. Our aim was therefore to demonstrate how this could be done using the information on disasters and development that we already have at our disposal.

The Human Development Indicator (HDI) is a summary measure of average attainment in key dimensions of human development – education, life expectancy, and per capita income indicators – that are used to rank countries into four tiers of human development. Using the HDI as an example, Asjad and myself compiled global datasets on human development, disaster risk, and public expenditure, and developed a method to discount the HDI indicator for 131 countries globally – just as others have done to adjust for income– and gender-inequality. Discounting the HDI indicator for education, for instance, involves multiplying it by the annual economic value of the average loss in terms of education facilities, divided by the annual public expenditure on education. We did this for each dimension of the HDI.

Conceptually, the indicator development was an intriguing exercise as we and our reviewers asked interesting questions. These included questions about the non-linearity of disaster impact, especially in the health sector, such as how multiple critical lifeline failures may lead to high death tolls in the days, weeks, and even months following an initial disaster event. Other issues we examined were around possibilities for the so-called build-back-better approach, which offers an opportunity to create better societal outcomes following a disaster.

Our formulation of the proposed penalty function hardly captures these complexities, but it nevertheless provides a starting point to debate these possibilities, not just among disaster researchers, but also among others working in the development field.

For those familiar with the global analysis of disaster risk, the results of our analysis may not be surprising: disasters, unlike other development issues (such as income- and gender inequalities for which HDI have been reformulated), have a small group of countries that stand out in terms of their relative burdens. These are small island states such as Belize, Fiji, and Vanuatu, as well as highly exposed low and lower-middle income countries like Honduras, Madagascar, and the Philippines, which were identified as hotspots in terms of risk-adjustments to HDI. Simply put, this means that these countries will have to divert public and private funds to pay for response and recovery efforts in the event of disasters, where these expenses are sizeable relative to the resources they have in advancing the three dimensions of the HDI indicator. Despite their high relative risk, the latter countries also receive less external support measured in terms of per capita aid-flow.

Our study shows that global efforts to promote disaster risk reduction like the Sendai Framework should be aware of this heterogeneity and that more attention in the form of policy support and resource allocation may be needed to support groups of outliers. Finally, although the cost of most disasters that occur globally are small relative to the size of most countries’ national economies, further sub-national analysis will help identify highly vulnerable areas within countries that should be prioritized for development and disaster risk reduction interventions.