Kejia Hu, an alumna of the IIASA Young Scientists Summer Program, discusses a recent study on how extreme temperatures affect the health risks experienced by urban and rural communities in China.

Hot and cold temperatures are associated with increased risks of cause-specific mortality, in other words, deaths that result from, for instance, cardiovascular and respiratory conditions. Due to the urban heat island effect – where an urban heat island is a city or metropolitan area that is significantly warmer than its surrounding rural areas due to human activity – it is commonly assumed that urban residents are at a higher risk of exposure to extreme heat than their rural neighbors are. Very few studies have explored the urban-rural differences of temperature-related health risks, often because of the lack of sufficient meteorological and health data in rural areas.

Today, 45% of the global population – nearly 3.4 billion people – still live in rural regions, and based on the UN’s World Urbanization Prospects 2018, there will still be more than 3 billion people living in these areas by 2050, despite current trends such as urbanization.

This made us wonder whether there could be a rural-urban gap in extreme temperature induced health risk. We decided to conduct a study to address this question in Zhejiang province in eastern China employing high spatial resolution data on temperature, death registrations, air pollution, and population density across 89 counties in Zhejiang from 2009 to 2015. 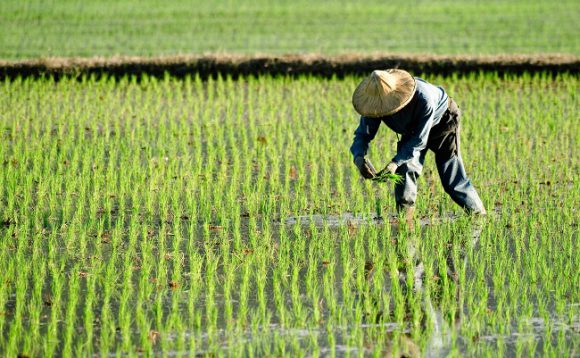 But why do rural populations tend to have higher mortality risks in the face of both cold and heat? Our results suggest that age, education, income, access to health care services and air conditioners, and the types of occupations that residents in these areas engage in, are among the potential sources. We found that counties with higher percentages of elderly and agricultural employment, lower levels of education, lower income levels, fewer hospital beds, and fewer air conditioners, had higher mortality risks related to both heat and cold. This could mean that socioeconomic vulnerability may play an important role – even more important than temperature in the determinants of temperature-related health risks.

Ours is the first study to find an urban–rural disparity in both heat and cold mortality risks. Importantly, it challenges the general assumption in previous studies in developed countries that urban residents are at a higher risk to extreme high temperatures. Our findings suggest that previous studies, which mostly investigated exposure-response associations using data from urban areas, may have underestimated the mortality burden for the entire population.

Although the Chinese government have standards in place regarding thermal comfort in residential buildings and highly recommend that they are implemented for rural houses, unfortunately, until now, this has only been enforced for urban apartments in China. In addition, due to lower income, rural households are more likely to fall into “fuel poverty” compared to urban households, which will limit the use of air conditioners for rural people. Targeted measures such as financial assistance for paying electricity bills will help build rural residents’ resilience to extreme temperatures.

Our findings have important implications for policy, particularly in developing countries. Overall, no single action will be enough to reduce the temperature-related mortality risks in rural areas. More efforts should be made to narrow the urban-rural gaps that persist in access to health care by, for example, increasing investment in health care facilities and health care professionals in rural areas. Improving rural people’s general awareness of temperature related risks, such as to popularize preventive knowledge and to develop early warning systems is also needed to prevent temperature-related deaths.