There is consensus that the current trend of energy consumption growth and CO2 emissions cannot continue if global warming is to be tackled. Many countries have considered carbon capture and storage (CCS) for addressing climate change. CCS is a technology that mitigates CO2 emissions by removing CO2 from the atmosphere and storing it in carbon sinks–in other words, in an environment or reservoir that has the ability to “store” CO2–such as depleted oil and gas fields.

The Intergovernmental Panel on Climate Change has emphasised that it is not possible to ‘limit likely warming to below 2°C if bioenergy, CCS, and their combination (BECCS) are limited’, while the International Energy Agency has stated that ‘CCS must be part of a ‘strengthened global climate response’. Even if one does not consider the energy sector, CCS is almost the only way to reduce CO2 from the cement and steel industries. Nonetheless, CCS is a controversial technology. There is notable opposition to and different perceptions of the technology among stakeholders and we also know that the reaction of the public to CCS will considerably affect the development of the technology in democratic countries. Therefore, it is important to understand these diverse perceptions and their roots. 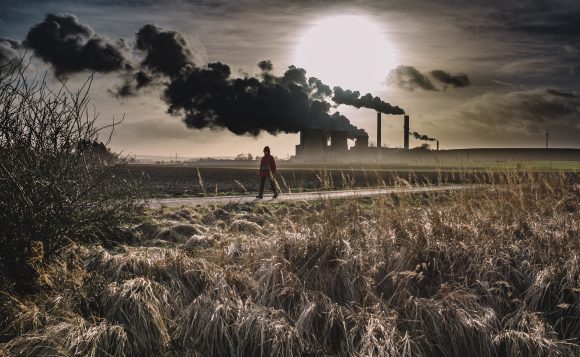 Photo by Thomas Hafeneth on Unsplash

In our research, we looked at this controversial technology from a cross-cultural perspective. Previous research has identified general and local mechanisms in how the general public reacts to CCS and researchers have also noticed that there are differences between countries, but the effects of cross-cultural differences had not previously been explored in detail. In our study, which was recently published in the International Journal of Greenhouse Gas Control, we argue that it is crucial to understand how public perceptions of a particular technology emerge and form in their individual contexts or how perceptions are embedded in large-scale cultural frameworks.

Our results show that the effects of individual level variables such as familiarity with technology, or sociodemographic variables such as education, are important, but their effects are likely mediated and confounded by the cultural setting. We found that in parallel with other factors such as trust, cultural dimensions such as uncertainty avoidance and the society’s short-term or long-term orientation affect risk perception. Uncertainty avoidance can be described as the extent to which members of a society feel uncomfortable with uncertain, unknown, ambiguous, or unstructured situations. Long-term orientation on the other hand, refers to a society that fosters virtues and is oriented towards future rewards, in particular perseverance and thrift.

High uncertainty avoidance, for instance, leads to higher risk perception because among nations with a strong uncertainty avoidance index, there is a mentality of “what is different is dangerous”. Moreover, countries that demonstrate a long-term orientation might express a higher level of risk perception concerning the technology because people from these countries place more value on thrift, which implies being more careful about investing in risky or uncertain matters. In addition, investment in real estate is a notable feature of such societies, and this is closely tied to the issue of NIMBY­ – an acronym for the phrase “not in my back yard”, denoting opposition by residents to a proposed development in their area – which is one of the most important controversies related to CCS. For example, Germany has a very high long-term orientation, so Germans have serious concerns about the effect of CCS on the real estate market and about having CCS facilities in their region.

All in all, our work provides a framework to understand why and how societies challenge the technology. Cultural differences and lack of consideration for them have in the past caused the failure of negotiations or implementation of some projects. Our study is a contribution to the field and could be used to understand how cross-cultural differences operate in the realm of sustainable energy technology.