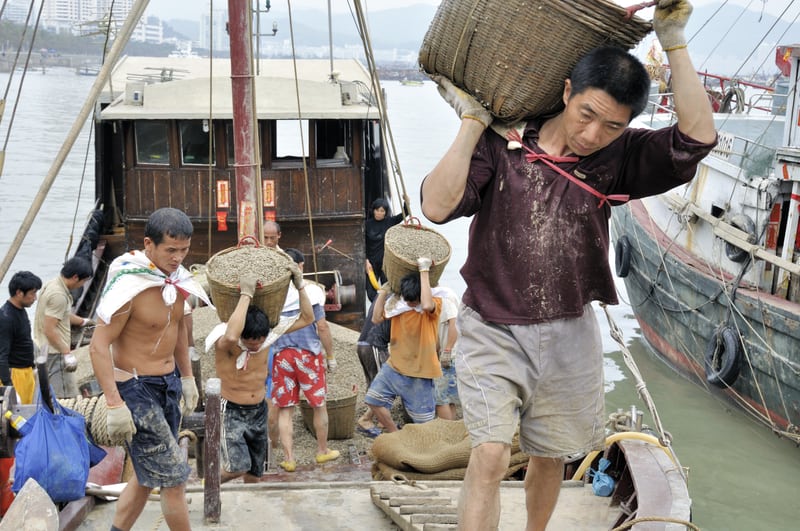 China is the world’s biggest producer of both wild and farmed fish, yet the massive commercial fishing industry threatens thousands of years of tradition in ocean and freshwater fishing, as well as the livelihoods of coastal fishing communities.

In the past decade, some coastal ecosystems and environments have been destroyed and polluted in the process of industrialization. Millions of tons of fish are caught in Chinese territorial waters each year, such that overfishing of high value commercial species has led to a drastic decline of some native fisheries resources and species.

It also calls for the introduction of additional output control measures, which directly limit the amount of fish coming out of a fishery. Existing input control measures restrict the intensity of gear used to catch fish, but they may not be sufficient to protect ecosystems.

Yi Huang, a member of this year’s YSSP cohort, has made it her goal to figure out how social ecological balance can be achieved even as fishery regulations shift towards increased input and output control.

Given the size of China’s fishing industry, large scale change requires the abstract concepts of “ecocivilization” to be translated into action, compliance, and enforcement at the local level. That means engaging with individual fishers, their communities, and their way of life, says Huang.

Huang’s project investigates how changes in fishery management will affect demographic, geographic, and socioeconomic trends in the Chinese fisher population. With the guidance of her supervisors, she’s also developing a bioeconomic model to analyze how output control measures like catch limits will affect ecological and socioeconomic conditions.

“I just want to figure out how to improve enforcement of this kind of policy and see if we can use it to solve the overfishing problem at the same time as giving those in the fishing industry a better life,” says Huang.

According to the Chinese fishery statistical yearbook, the number of people employed in the fishing industry proliferated to 13.8 million in 2016, so in recent years the government has issued subsidies encouraging fishers not to fish in the off-season and to change vocation. Older fishers are hesitant to abandon an identity that has been passed down from generation to generation in their families. However, younger generations with access to higher education are lured by the prospect of more stable work outside of their fishing communities, which could really change the socioeconomic and demographic structure of coastal villages.

With the potential for increased output controls to incur drastic changes in coastal communities, it’s more important than ever that regulations are carefully designed with both socioeconomic and ecological factors in mind.

Huang hopes her research will help inform the process of policy development, which involves balancing the needs of both vulnerable fisheries labor and delicate ecosystems.

“When policymakers want to use output control in fishery management, maybe they will think more about the fisher or the socioeconomic aspect of the resolution,” says Huang.

Huang, who studied sociology at the Ocean University of China before starting as a PhD student in Marine Affairs at Xiamen University, has spent the past ten years researching coastal fishing communities. She has a deep fondness for the people she surveyed, who welcomed her into their homes and showed her the beauty of the environment that sustained them.

“I want to protect the ocean and the people that connect with it,” says Huang.

A sociological perspective has given Huang an eye for nuance and an appreciation for things that don’t turn out quite how you expect, as they often don’t in scientific research—especially when it attempts to explain human behavior.

For example, Huang says that although fishers may look like countryside people, they act very differently from farmers.

“The ocean has a lot more risk involved than planting on land,” explains Huang.

Because Chinese fishery regulation is currently focused almost exclusively on analyzing resources from an ecological perspective, she thinks sociology and anthropology research could add another revealing dimension to the approach.

“After doing surveys and analyzing the data, I will find maybe I’m wrong or maybe there is something more. That’s why I’m really interested in this kind of research,” says Huang.

As her research project develops, Huang says she’s grateful for the feedback of her supervisors and peers at IIASA, who both challenge and encourage her.

“Even when they have some critical comments on my research, I feel more confident that my research is meaningful, that they support me, and that they’re really interested in my research,” says Huang. “That’s what I can feel every day.”