Human behavior is the most important factor

Imagine you are heading home from work and are stuck in evening rush hour traffic. You see an opportunity to save time by cutting another driver off, but this will lead to a delay for other cars, possibly causing a traffic jam. Would you do it? Situations like these, where you can benefit from acting selfishly while causing the community as a whole to be worse off, are known as social dilemmas, and are at the heart of many areas of research in economics. 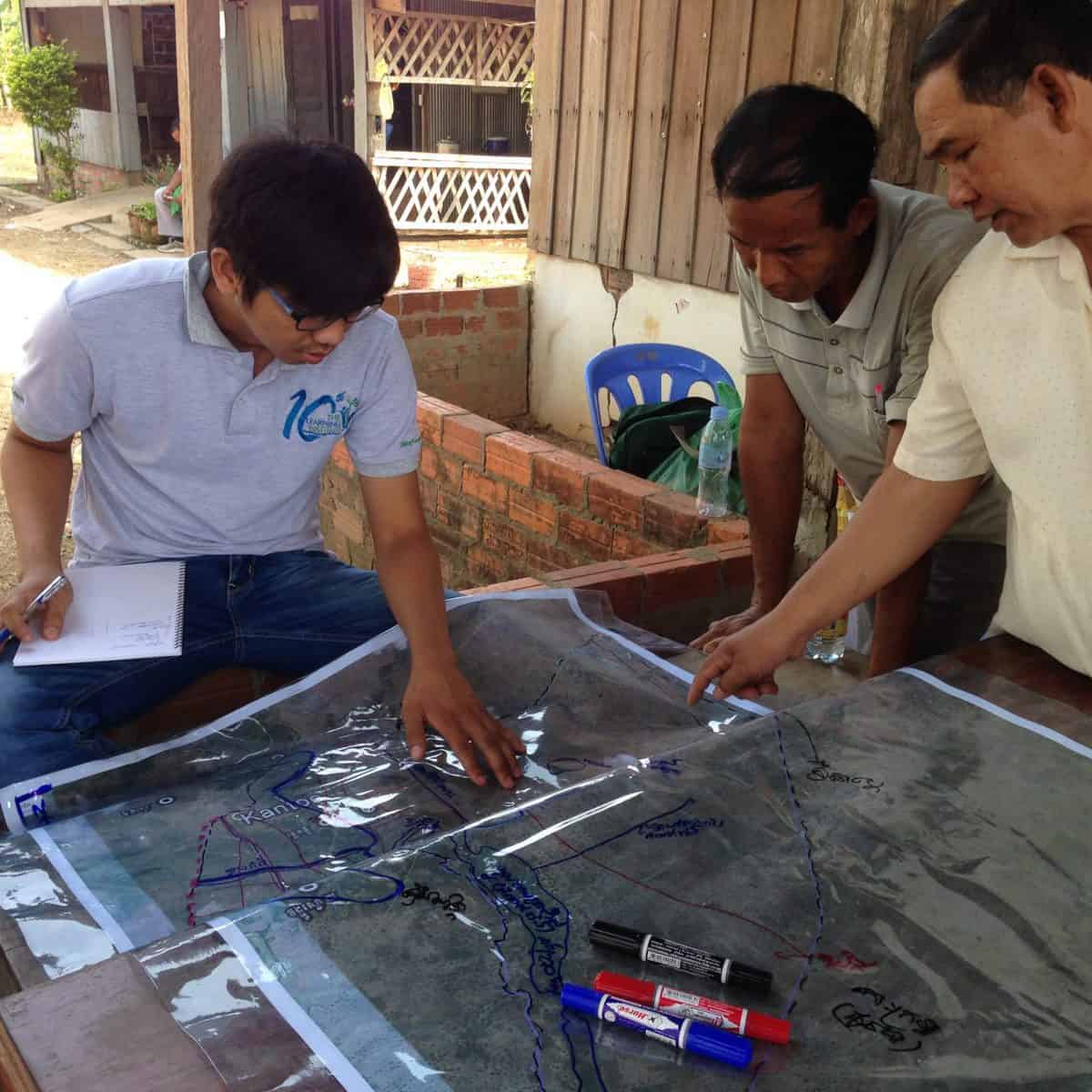 The social dilemma becomes particularly important when considering so-called common pool resources such as water reservoirs that are depleted when people use them. For instance, picture several farmers using water from the same river to irrigate their farmland. The river might carry enough water for all of them, but if there is no incentive for the upstream farmers to take the needs of the farmers living further downstream into consideration, they might use more than their share of the water, not leaving enough for the rest of the group. Situations like this are particularly relevant in developing countries, where small-scale farmers that manage the irrigation of their farmland themselves play a significant role in ensuring food security.

Growing up in southwestern Cambodia, YSSP participant Tum Nhim saw how the surrounding farmers shared water among themselves, and how important water was to their livelihoods. Not having enough water often meant that there were no crops for a whole year, and many farmers were forced to take on loans in order to feed their families. “Now that climate change is starting to affect Cambodia, and water scarcity is becoming an even bigger problem, it is more important than ever to investigate fair and efficient ways of sharing water,” explains Nhim.

As a water engineer, Nhim used to design and build water infrastructure. He however soon learned that not considering how human decision making affects the water supply will cause situations where the infrastructure provides enough water, but some farmers are still left high and dry. “I think that human behavior is the most important factor to consider when managing common pool resources,” he says.

To find possible solutions for distributing water in a way that yields an optimal outcome for the community, Nhim and his colleagues from the IIASA Advanced Systems Analysis Program use a bottom-up approach–they model the behavior of a number of individual farmers that interact according to certain rules. The researchers can then look at the collective outcome of these interactions after a certain time and ask questions like, “Will the farmers cooperate?” or, “Will some farmers be left without water?” In their model the researchers take into account both the water itself, a common pool resource, and the water infrastructure, which is not depleted by use.

Several mechanisms can be used to ensure the fair distribution of water. Some of them are formal; like laws and regulations, but it is often difficult to keep people from extracting water, because using a given water resource might be a long-standing cultural tradition or legal right. There are however also more informal mechanisms that can help. For example, individuals often prefer to be good citizens in order to ensure that they have a high social standing in their community that will bring them benefits.

This reputational mechanism is especially relevant in small communities with everyday contact between members. If someone takes too much water, or doesn’t invest in the common water infrastructure, they will gain a bad reputation, which will in turn limit their ability to get support from their neighbors later on.

The main question Nhim is investigating in his YSSP project is if this mechanism can spread across several villages that share a common water resource and irrigation infrastructure, and lead to an outcome where everyone cooperates. If this turns out to be true, the reputational mechanism could be a very inexpensive and natural solution for managing common goods across several communities.