Kian Mintz-Woo is a moral philosopher working in the field of climate ethics. He obtained his PhD from the University of Graz and is spending the summer at IIASA as a participant of the Young Scientists Summer Program (YSSP). I recently had the opportunity to talk to him about his work. 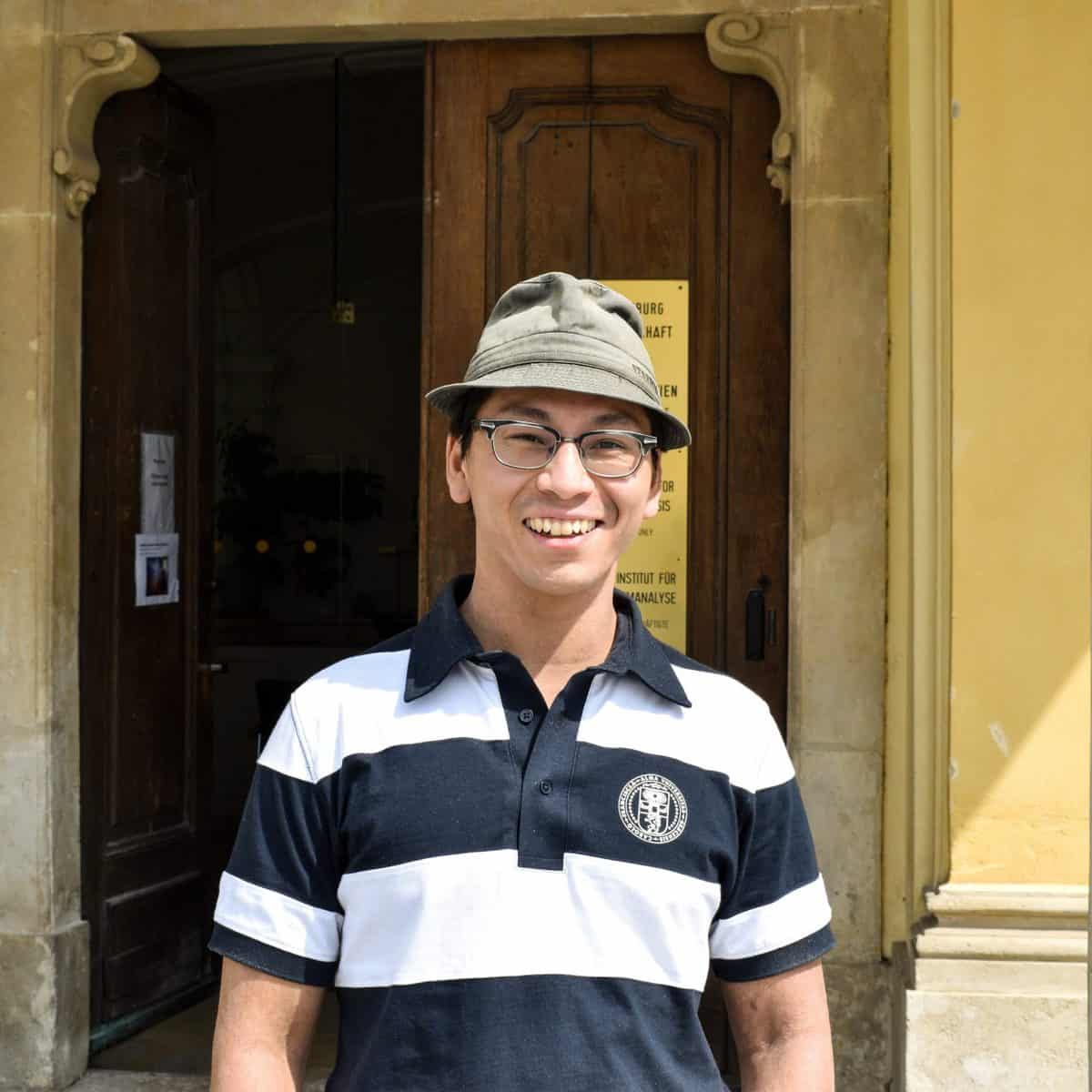 How do you feel about joining YSSP as a philosopher?

I know that it is extremely unusual for a philosopher to join YSSP, and I’m really happy to be here. It is very stimulating to be surrounded by people with a different point of view. I appreciate that people are asking me about what philosophers do, or they’ve come across a philosophical text and want to know my opinion. It is extremely valuable to me to talk about my discipline to interested people.

You started out studying logic – how did you become interested in climate change?

I used to do research on abstract and systematic areas of mainstream philosophy. I enjoyed it, but was also interested in social issues. I think climate change is particularly important, because unlike most issues we have a very short time window to deal with it. Of course there are a lot of things we have to change in our society, but climate change is definitely an issue that can’t be put off anymore.

When I started my BPhil in Oxford, I initially worked on similarly abstract topics, but then I met John Broome, an expert in climate ethics. Doing a project with him was both a once-in-a -lifetime-opportunity and a possibility to marry my theoretical training with some of my real-world interests. What I am doing now is about as applied as philosophy can get—I’m on the edge of what some people would even call philosophy—and it is great fun!

What is your project about?

When talking about climate change, we often discuss two things: ways to limit the temperature increase on earth (mitigation), and ways to adapt to the changing conditions that accompany climate change (adaptation). However, we also increasingly have to consider effects of climate change that go beyond what we are able or willing to adapt to. We call this area of research and policy “Loss and Damage”.

We have to think about who is responsible for the Loss and Damage-related burdens that we are and will be facing. In my project, I argue that, conceptually, there is a strong link between historical responsibility for emissions of greenhouse gases and Loss and Damage. This is very relevant for policy as well: We don’t want the farmer who can no longer support himself because changing rain patterns have reduced his crop yield, or the small island nation that might be flooded in the future, to bear the risks related to climate change alone. However, the instruments that can help spread this risk globally require financial burdens.

Most of the discussions about who should be the bearers of these burdens have been in terms of nations, but an interesting paper from 2014 suggests that we should rethink that approach. The main findings of this paper are that only 90 companies producing oil, natural gas, coal, and cement were the source of 63% of historical CO2 emissions. As the number of these so-called carbon majors is so surprisingly small, considering them instead of nations in the discussions about funding might be a valid alternative.

Is it relevant if the effects of these emissions were known at the time?

That is an important question and I think that it should matter. The data we have goes back to 1854, so I feel that at least some of the time the emissions should be considered under the heading of excusable ignorance. We could start holding the carbon majors responsible after a certain year, maybe around 1980 or 1990, and part of my research is finding out how the selection of the carbon majors depends on the chosen point.

How does your work relate to the research going on in the IIASA RISK Program?

It is great being in the RISK group. My input as a philosopher is making conceptual suggestions and bringing in fairly blue-sky policy solutions. What I am getting from my supervisors are real-world implications of these suggestions, such as risk instruments that might be relevant for the implementation of my ideas. So together, we are aiming to make these abstract ideas policy-relevant.

Why should we apply philosophical concepts to problems like climate change?

Science can help us figure out which pathways are available, but scientists are often not very well trained in evaluating those beyond their economic-technical approach. Moral philosophers can bring in new perspectives for evaluating these options.

What I am doing at IIASA however, is taking a step back from the research that is going on in order to ask fundamental questions. I want to provide ambitious proposals, and find out what they would push us towards if we were trying to implement them. This often requires bringing concepts and results together from different areas of research to obtain a broader view on the problem.

What do you want to achieve by the end of the summer?

I hope to achieve a policy proposal that is ambitious but defensible. I want to develop a clear argument as to why the carbon majors are more responsible for Loss and Damage than for mitigation and adaptation. I think this approach is both new and quite important, especially for many developing countries and small island states.

Apart from your research project, what are you looking forward to most this summer?

I am getting married this month, so this is an especially exciting and busy summer for me!