In 2007, Sepo Hachigonta was a first-year PhD student studying crop and climate modeling and member of the YSSP cohort. Today, he is the director in the strategic partnership directorate at the National Research Foundation (NRF) in South Africa and one of the editors of the recently launched book Systems Analysis for Complex Global Challenges, which summarizes systems analysis research and its policy implications for issues in South Africa. 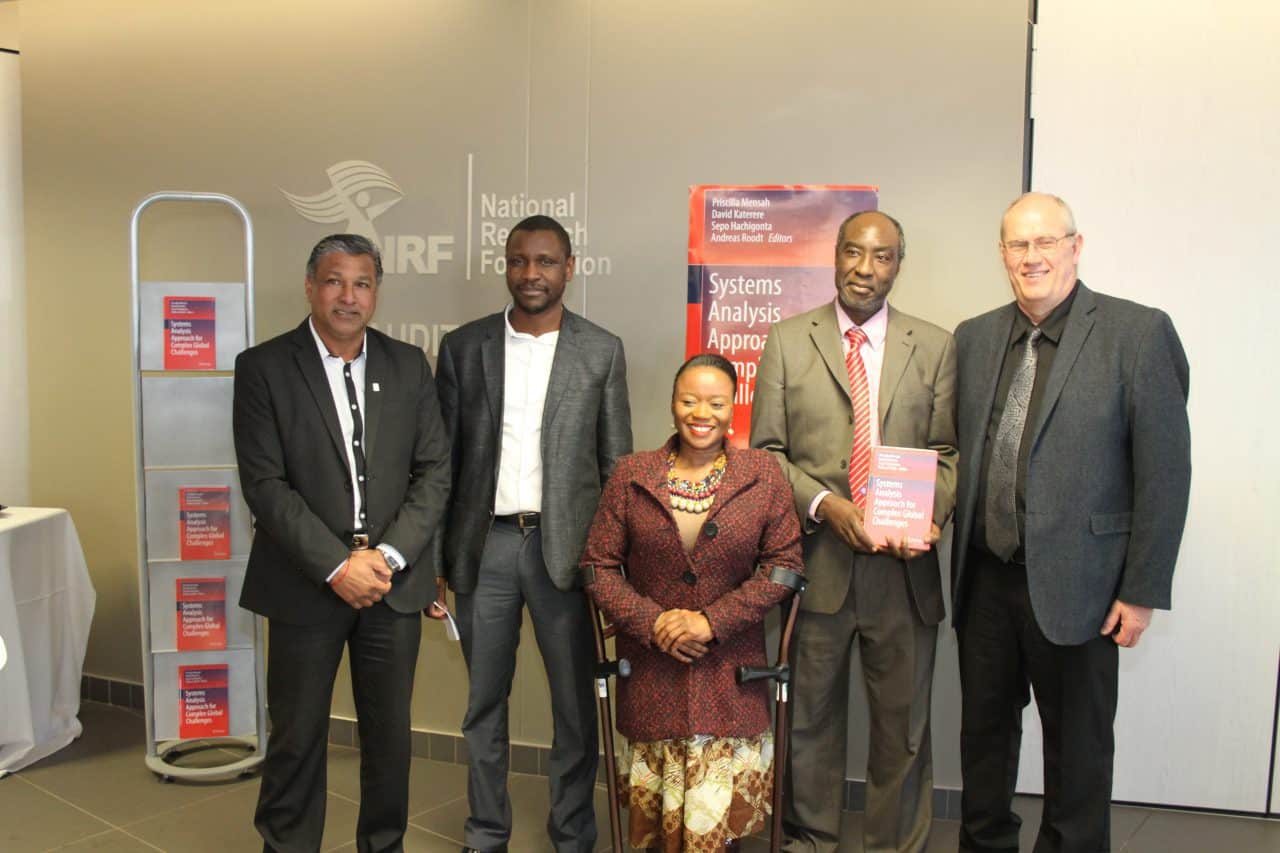 But the YSSP program is what first planted the seed for systems analysis thinking, he says, with lots of potential for growth.

Through his YSSP experience, Hachigonta saw that his research could impact the policy system within his home country of South Africa and the nearby region, and he forged lasting bonds with his peers. Together, they were able to think broadly about both academic and cultural issues, giving them the tools to challenge uncertainty and lead systems analysis research across the globe.

Afterwards, Hachigonta spent four years as part of a team leading the NRF, the South African IIASA national member organization (NMO), as well as the Southern African Young Scientists Summer Program (SA-YSSP), which later matured into the South African Systems Analysis Centre. The impressive accomplishments that resulted from these programs deserved to be recognized and highlighted, says Hachigonta, so he and his colleagues collected several years’ worth of research and learning into the book, a collaboration between both IIASA and South African experts.

“After we looked back at the investment we put in the YSSP, we had lots of programs that were happening in South Africa, and lots of publications and collaboration that we wanted to reignite,” said Hachigonta. “We want to look at the issues that we tackled with system analysis as well as the impact of our collaborations with IIASA.”

Now, many years into the relationship between IIASA and South Africa, that partnership has grown.

Between 2012 and 2015, the number of joint programs and collaborations between IIASA and South Africa increased substantially, and the SA-YSSP taught systems analysis skills to over 80 doctoral students from 30 countries, including 35 young scholars from South Africa.

In fact, several of the co-authors are former SA-YSSP alumni and supervisors turned experts in their fields.

“We wanted to use the book as a barometer to show that thanks to NMO public entity funding, students have matured and developed into experts and are able to use what they learned towards the betterment of the people,” says Hachigonta. The book is localized towards issues in South Africa, so it will bring home ideas about how to apply systems analysis thinking to problems like HIV and economic inequality, he adds.

“It’s not just a modeling component in the book, it still speaks to issues that are faced by society.”

Complex social dilemmas like these require clear and thoughtful communication for broader audiences, so the abstracts of the book are organized in sections to discuss how each chapter aligns systems analysis with policymaking and social improvement. That way, the reader can look at the abstract to make sense of the chapter without going into the modeling details.

“Systems analysis is like a black box, we do it every day but don’t learn what exactly it is. But in different countries and different sectors, people are always using systems analysis methodologies,” said Hachigonta, “so we’re hoping this book will enlighten the research community as well as other stakeholders on what systems analysis is and how it can be used to understand some of the challenges that we have.”

“Enlightenment” is a poetic way to frame their goal: recalling the age of human reason that popularized science and paved the way for political revolutions, Hachigonta knows the value of passing down years of intellectual heritage from one cohort of researchers to the next.

“You are watching this seed that was planted grow over time, which keeps you motivated,” says Hachigonta.

“Looking back, I am where I am now because of my involvement with IIASA 11 years ago, which has been shaping my life and the leadership role I’ve been playing within South Africa ever since.”