COVID-19: An unprecedented shock to social and economic systems

By Erich Striessnig, researcher in the IIASA World Population Program

Erich Striessnig discusses the risks posed by the current COVID-19 pandemic and shares insights from his latest research around socioeconomic indicators related to the pandemic in Austria. 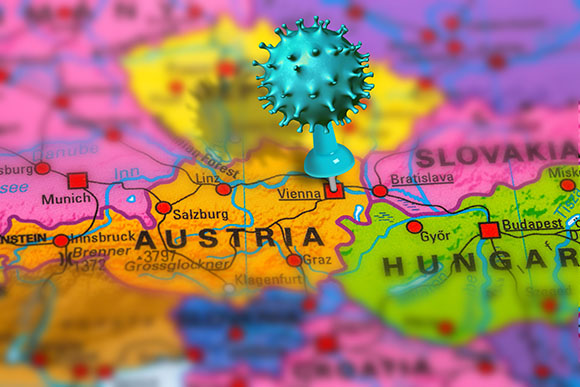 Late last year, my IIASA colleague Raya Muttarak, Roman Hoffmann from the Vienna Institute of Demography/Potsdam Institute for Climate Impact Research, and I were informed by the City of Vienna that our proposal to study “Climate, Health and Population” (CHAP) in the metropolitan area of Vienna had been granted funding for the 2020 period. Originally, we wanted to study what climate change and demographic change in the rapidly growing Austrian capital implies with regard to future vulnerability to extreme weather events. As the city is booming with economic activity and experiencing more tropical summer heat every year, the extent of the urban heat island increases as well, thus posing a steadily increasing risk to the city’s growing population, especially the elderly. 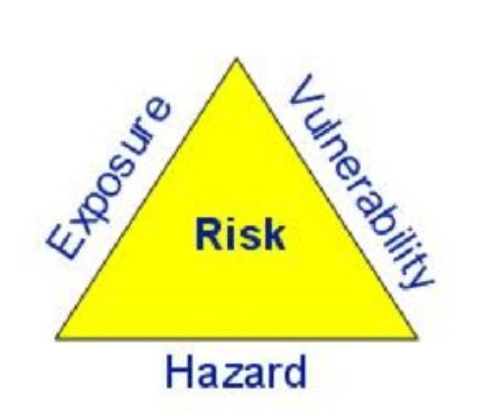 One conventional way of thinking about a population’s risk in the context of climate change is to decompose the risk and focus on its individual components. According to the famous “risk triangle” after Crichton, risk equals hazard times exposure times vulnerability. If any of the three can be taken out of the equation, the risk is reduced to zero … much like in the absence of sun, even the palest person can safely go outside without sunscreen! If, however, the hazard is there, people would be well advised to either not expose themselves to the sun or to reduce their vulnerability to skin damage and cancer by wearing sunscreen.

Now what does that have to do with our current predicament of a vast fraction of the world’s population being quarantined due to the outbreak of COVID-19? Well, as we and our CHAP colleagues were waiting for the meteorological data necessary for answering CHAP’s main research questions, we thought that we could focus on this much more imminent threat instead. In some way, the risk posed by COVID-19 can be viewed under the same lens as the above risk equation:

In terms of hazard, COVID-19 represents an unprecedented shock to social and economic systems and thus has a lot in common with climate-induced natural disasters. As humans are the carriers of the disease, the number of infected people in a local area can be considered as the hazard estimate. Meanwhile, by employing physical distancing (while remaining socially very active and helping, in particular, those around us that are in a more dire situation), we can lower exposure to that hazard a great deal and the risk can be reduced decisively. While under a business-as-usual scenario, our health system would soon find itself overwhelmed by an unbearable demand for health care, eventually having to give up lots of patients. The quarantine measures imposed in many countries serve to lower exposure and subsequently “flatten the curve”. So in order to reduce your own risk exposure and avoid increasing the risk for others, everyone who can afford to, please stay at home!

Likewise, we can to a certain extent work on lowering our vulnerability, both at the individual and at the societal level. Not everyone is equally vulnerable to the disease. As in the case of facing the challenges of climate change, populations faced with this pandemic are characterized by demographic differential vulnerability, expressed by the fact that the virus is more (but certainly not exclusively) lethal for older people, as well as those with preexisting health conditions and weakened immune systems. To reduce our individual vulnerability (in case we are exposed to the hazard), we can work on strengthening our immune systems.

At the societal level, we can reduce risks by identifying those places where the disease outbreak might have the strongest impact. For this we need suitable indicators available with sufficient spatial granularity. The initial, pre-lockdown infection hotspots, were often places that are well connected, such as travel hubs and touristic areas. In some cases, though, these hotspots were created simply as the consequence of bad luck, in other words, because there was a local “super-spreader” or a social event that brought together a large number of people. Such situations can hardly be anticipated. What we might be able to anticipate, though, are those vulnerable geographical hotspots where, given the pre-existing burden of disease, as well as the demographic and socioeconomic characteristics of the people that live there, the pandemic might cause the most havoc.

In line with the work by our IIASA colleague, Asjad Naqvi, we set out to map various indicators at the Austrian and Slovak municipal level (Slovak data courtesy of Michaela Potancokova from the IIASA World Population Program). Our indicators include things like the proportion of elderly population (>70+) or population density, but also the proportion of people with low socioeconomic status or a region’s connectedness in terms of the proportion of population commuting for work. These indicators can have varying importance in the short, medium, and long term — while mobility is no longer a big issue now that the population is in lockdown, socioeconomic characteristics, for example, may play a bigger role the longer the crisis lasts. While at the initial stages, Austrians with higher socioeconomic status were more likely to get infected due their mobility and larger social networks, the socioeconomic gradient might turn around eventually and those with lower social status might carry the brunt of the pandemic, as they are more likely to become unemployed and stay there for a longer period of time.

Our work to create a meaningful risk index from such vulnerability indicators is still in progress, but we aspire to pinpoint which areas are most likely going to need additional interventions, such as more testing or increased hospital capacities. This exercise will not only be useful at later stages of the pandemic, that is, when we slowly start moving back from the current quarantine situation (“The Hammer”) to gradual normalization (“The Dance”), but also when faced by other types of risks, such as from climatic hazards or economic shocks.

Note: This article gives the views of the author, and not the position of the Nexus blog, nor of the International Institute for Applied Systems Analysis