IIASA alumnus Victor Maus describes his latest research in which he and IIASA colleagues mapped more than 57,000 km² of mining areas around the globe using satellite images.

IIASA alumnus Marcus Thomson explains how what we have learnt about prehistoric farming cultures can be used to provide useful insights on human societal responses to climate change.

Give yourself a nudge and make smarter decisions

Ralph Keeney is a professor and consultant about decision-making. He describes his most recent book, Give Yourself a Nudge: Helping Smart People Make Smarter Personal and Business Decisions, and how it can impact you.

Raquel Guimaraes and Debbora Leip argue that it is time for researchers to set an example by making research meetings more sustainable. 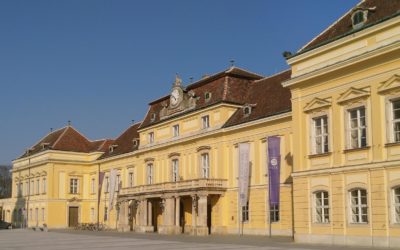 Is India’s Ujjwala cooking gas program a success or failure?

Abhishek Kar shares his thoughts on the Indian government’s Ujjwala program, which aims to scale up household access to Liquefied Petroleum Gas (LPG) for clean cooking.

Leila Niamir describes how her research findings answer this important question and the model developed to support policymakers’ decision by exploring impacts of behavioral and social dynamics in the transition to low-carbon and climate-resilient societies.

Creating a safe space to talk about gender equality in science

Luiza Toledo writes about how the IIASA Women in Science Club are creating a safe space to talk about and advance gender equality in science.

Bernd Lenzner discusses how understanding the role invasive species play in shaping global biodiversity and ecosystem services is crucial to a sustainable future.

An interview with Leen Hordijk, who was previously a project leader, Council member, and director at IIASA.

Christoph Mandl discusses how his recent publication is rooted in the seminal works of 4 IIASA alumni.

An interview with IIASA alumnus Dennis Meadows during his recent visit to IIASA.

My postdoc experience at IIASA

IIASA alumna Nandita Saikia, looks back on the two years that she spent living in Austria while working as a postdoctoral researcher in the World Population Program.

Bringing some light into the dark

Closing funding gaps and building bridges with the IIASA network

IIASA Development Officer Marzena Adamczuk talks about the impact of the YSSP Fund and the power of the IIASA network. 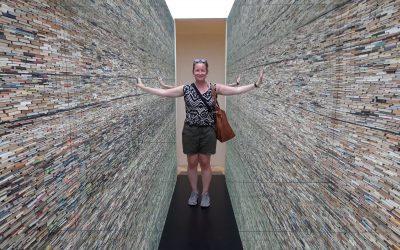 Creativity: a change in thinking for a sustainable future

Sepo Hachigonta, once a YSSP participant himself, shares the inspiration behind the recently released book “Systems Analysis for Complex Global Challenges,” the intellectual legacy of generations of IIASA and South African YSSP alums.

From YSSP to Antarctica: Reflections on a year of science and travel

In 2017, Cecile Godde participated in both the IIASA Young Scientists Summer Program (YSSP) and Homeward Bound, a scientific leadership program that culminated in a trip to Antarctica. Here, she writes about her experiences.

Where are they now?

Interview: Living in the age of adaptation

What is driving Pakistan’s water crisis?

Pakistan is facing serious water scarcity problems: what’s driving the issue and what can be done?

Interview: A look back at the Young Scientists Summer Program

An interview with former IIASA director Roger Levien, who first conceived of a program at IIASA for young scientists.

Interview: An empirical view of resilience and sustainability

An alumnus of the YSSP aims to make a positive impact on humanity and sustainable development.

Making the most of the IIASA Young Scientists Summer Program

Applying for the YSSP? A participant tells of her experience and gives tips for how to get the most out of a summer at IIASA.

A world on the move

How does the money that migrants send home contribute to sustainable development?

A participant in the 2016 YSSP describes realistic approaches to urban planning and governance on the continent.

Interview: Plants and their fungi to slow down climate change

How coordination can boost the resilience of complex supply chains

With global supply chains, local disasters or man-made accidents can propagate from one place to another, and generate significant impact. How can this be prevented?

Ozone pollution is intertwined with air pollution and climate change. So what impact will EU policies on climate and clean air have on future ozone levels?

Interview: Can nature bounce back?

An interview with Rockefeller University Program for the Human Environment Director Jesse Ausubel—an alumnus of IIASA’s Young Scientists Summer Program (YSSP)—on his optimistic view for the future of our planet.

The city resilient – some systems thinking

By Bruce Beck, Imperial College London and Michael Thompson, IIASA Risk, Policy and Vulnerability (RPV) Program. What do Arsenal’s Emirates Stadium in London, the now glorious heritage of Islington’s housing stock, and the cable-car system in Kathmandu for getting...

In an interview, IIASA 2014 Mikhalevich Award Winner Jun Liu, a participant in the 2014 Young Scientists Summer Program, talks about her research on air pollution in China.

At a lecture for IIASA staff, economist Bill Nordhaus explained his idea of “climate clubs” as a new model for international agreements on climate mitigation.

Eric F. Wood is a hydrologist at Princeton University, well-known for his work in hydrology, climate, and meteorology, and an IIASA alumnus. In this interview he talks about the next challenges in water research.

Alan McDonald, IIASA Alumnus and member of the IIASA Alumni Advisory Board writes about his time at IIASA in the early 1970s and his research on nuclear reactors and energy systems.

Lanoi Maloiy is a PhD student at the University of South Australia in Adelaide, and a participant in the recently completed 2013-14 Southern African Young Scientists Summer Program (SA-YSSP), which IIASA co-organizes with the South African National Research Foundation...

By Aviott John, IIASA alumnus Anyone who has seen before and after photos of Schloss Laxenburg—the home of the International Institute for Applied Systems Analysis (IIASA)—knows what an incredible physical transformation the building went through between 1972 and 1981...

By Martha Wohlwendt IIASA's Alumni Association is hosting its first Alumni Day on April 29, 2014, and we are inviting alumni to send their memories and photos of their time at IIASA. Our first post comes from Martha Wohlwendt, IIASA’s first employee, Executive...

Interview: The problems with phosphorus

In a new commentary (subscription required) in Nature Geoscience, IIASA researchers Michael Obersteiner, Marijn van der Velde,  and colleagues write about the problems facing the world’s food supply as we exhaust our supplies of phosphorus. Projections show that...

What does the IPCC report mean for climate policy?

By Anthony Patt, ETH Zurich and IIASA (From ETH-Klimablog) The first of three working group reports of the Intergovernmental Panel on Climate Change (IPCC) was made public last Friday. Previous reports served as guidepost for climate policy development. And yet some...

Pheakkdey Nguon, participant in IIASA's 2012 Young Scientists Summer Program, and IIASA Annual Fund recipient,  has won an IPCC reserach fellowship to fund his research on REDD+  in Cambodia. In this interview he discusses his research plans, the award, and his...

The Southern African YSSP: My experience