Mary Scholes has been serving on the IIASA Science Advisory Committee (SAC) since 2011 and was appointed as Chair in 2014. She discusses her views of SAC in this interview with Monika Bauer, IIASA Network and Alumni Officer. 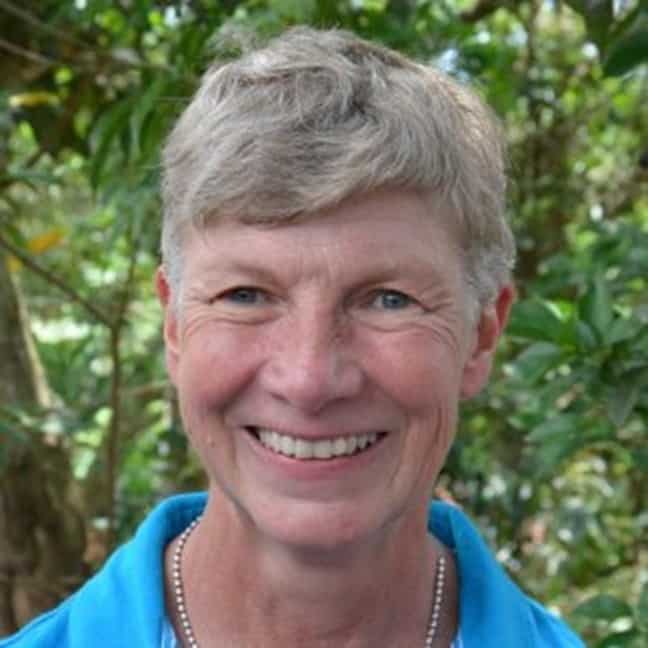 Tell us about your journey as a member of SAC.

It’s been a very interesting journey for me. When I was first asked to join SAC, I declined. Over time, I found that the institute changed to look at the quality of the research in the programs, and it was at this point that I said I would become part of the committee. I soon realized that I didn’t really understand the overarching top down role that IIASA Council played.

It was very interesting. The first two to three years was a learning curve working on communicating with the IIASA Council. The institute was conducting good science, and we didn’t want that to be overlooked in any way. We re-wrote the terms of reference for SAC, focusing on the engagement between what SAC does during the year and how that is communicated to Council. From that point on, it was always on the agenda, documents were always acknowledged, and there was always follow up. It my opinion, it changed how SAC functioned.

In 2017, the institute started an institutional review process, and I represented SAC on the taskforce that was assembled to support this effort. Throughout the process, in my opinion, it came out quite clearly, that SAC needs to play a much more engaged role with the Council Program Committee, and that the Program Committee should ensure that SAC’s voice reaches the Council. In the past, there was a quite strong responsibility on the SAC Chair, to make sure the voice of the committee was heard, and this process resolved this.

What will happen next, I think, is that SAC will interact much more closely with the new Deputy Director General for Science (DDGS), who will then take the views or recommendations of SAC to Council. It would be advantageous to still have the SAC Chair invited to IIASA Council meetings to ensure information is conveyed or to answer any follow up questions. I would also suggest that SAC continues in the role of an advisory board to IIASA. I believe any good international science institution, anywhere in the world, should have an external, neutral, excellent research advisory body.

How do you see SAC developing as you step down at the end of this year?

First, that SAC continues. Second, that the Chairperson interacts frequently with the new DDGS. Third, that the DDGS communicates SAC’s feedback to Council, and to ensure that this is the voice of SAC, the Chairperson should be invited to that particular section of the Council meetings. For this, the terms of reference would however need to be revisited.

How is this different from the current situation?

At the moment, SAC is meant to only look backwards. I plan to challenge this, so that it can be raised in 2020 because, in my opinion, this is the best committee to do an independent horizon scanning exercise. Internal researchers can do a horizon scanning exercise from their perspective, and SAC add expertise from other areas and regions. Therefore, I believe SAC needs to be given the space of being retrospective as well as the space to look forward and to take those ideas to the DDG of Science.

Those are the three critical roles I think that SAC needs to take in the future. If this is done, it would greatly benefit the scientific governance of the institute.

SAC members can serve a maximum of six years. This is a good decision. A new Chairperson will be a new beginning, with these principle guidelines providing a foundation.

What do you feel are the main takeaways from SAC’s recent report to the IIASA Council?

First, SAC is very pleased about the new DDGS position, as we feel it’s important to have someone who can solely focus on driving the science agenda rather than also running the entire institution.

Second, it’s important for the strategic plan to be agile. I think the way the new strategic plan needs to be developed is probably in phases. For example, instead of designing a ten-year plan, do a three-year portion and then a five-year portion; there could also be staggered overlaps. This way the institute is much more agile while focusing on the results rather than where to allocate the budget, and it allows flexibility for the institution to change as research progresses or is completed. SAC would like to see an agile research strategy that also takes into account the fundamentals of knowledge versus what can be done with iterative machine learning.

Lastly, there was concern about the processes regarding recent changes at the institute. This is a hard issue to handle, and there are ways of potentially managing it better.

What has left the greatest impression on you during your time on SAC?

I think it’s critical how IIASA moves forward with its National Member Organizations (NMOs), how governments stay engaged, and how these relationships work in terms of a reciprocal relationship.

My experiences in South Africa have been closely tied to the Southern African Systems Analysis Centre (SASAC), an initiative organized by IIASA and the South African NMO. At the moment the program is stagnant, and we’re hoping the materials we produced for SASAC will find a new avenue for teaching a new cohort as there are absolutely wonderful examples of success stories.

After completing the three-week SASAC High-level Capacity Strengthening Program, participants would update their CVs and quickly be promoted to higher positions at various universities and institutions. Individuals from other African countries would come to South Africa because there were no opportunities in their home countries, complete the program, and then be promoted into positions at universities back home. Another example from the last course in 2017: I had 16 participants and already 13 manuscripts have been published. That’s a huge return on investment. The program really worked, and we would obviously like to see the program continue. Perhaps the gentlest way would be to have a committed postdoc come to IIASA and then go back to South Africa and drive a new program.

Mary Scholes will be stepping down as SAC Chair in December 2019 and will continue serving on the South African NMO Committee for IIASA.

Notes:
More updates from IIASA alumni or information on the IIASA network may be found here.